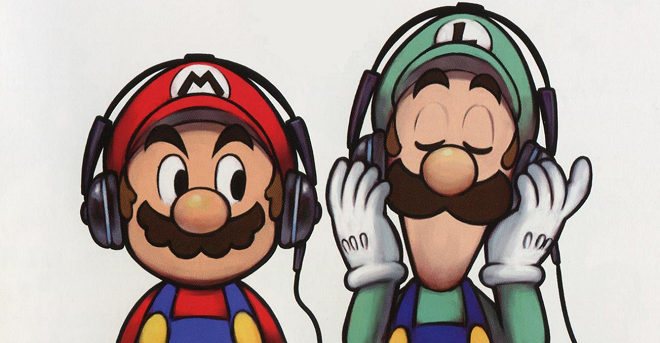 Donkey Kong Country (1995) – This probably wasn’t the very first to show the influence of electronic music, but it’s definitely one of the most memorable. This infectious soundtrack has received acclaim ever since it was first released. Many of the tracks are still performed at some big-name video game concerts, such as Video Games Live, and they’ve enjoyed numerous covers and remixes by producers at Overclocked Remix.

A lot of the tracks feature African and Latin American instrumentation, which both accentuate the game’s jungle vibe and complement the adventurous main characters: Donkey Kong being a gorilla, and his sidekick Diddy Kong being a spider monkey. But some of the other tracks are done in popular music styles from the early 90s: “Theme” has an authentic big beat drum pattern, echoing the music of groups like The Chemical Brothers, while “Aquatic Ambience” is a beautiful, moody ambient track, and “Funky’s Fugue” has techno’s classic four-to-the-floor rhythm.

With this soundtrack, composers David Wise, Eveline Fischer and Robin Beanland created a great example of how video game music can be much more than just simple jingles included as background noise.