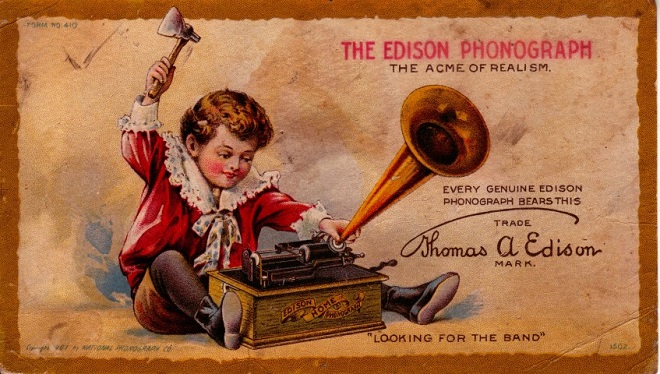 A Brief History of Electronic Music – Part 1 – Know Your Roots

We’re about to embark on a fascinating journey through time and sound, back to electronic music’s deepest roots, to witness the earliest stages of its inception and how it blossomed into the intricate web of genres, subgenres and microgenres that we admire today.

We’ll take a look at the essential inventors, musicians, artists and scientists that set the evolution of electronic music in motion, the machines and technologies they brought to life which made this possible, and the time periods and artistic movements that inspired them to do it in the first place. It’ll be a long journey and there will be a lot to take in, but by the end of it we’ll likely have a newfound appreciation for the music we love.

However, it might seem like summarizing such a complex timeline in a brief series of articles is a pretty daunting task; with such a broad term encompassing so many decades of progress, how will we avoid covering enough material to fill a whole book? Well, instead of examining each and every step along the way back to the present, we’re going to focus only on the inventions, people and eras that had the most impact on electronic music’s development. I’ll do my best to provide you with plenty of useful resources so that you can learn more about any aspect of our journey that particularly piques your interest.

With that said, let’s begin!

Get a drink, get a snack, and get cozy – this tale will take a while to tell.

If we go all the way back to when the first documented electronic instrument was invented, it’ll probably be a lot earlier than you might imagine.

Care to take a wild guess as to when this might have been?

It’s certainly a tough one. Astonishingly, the answer is 1753!

Now, the information regarding this instrument is fragmentary. Mention of the device in surviving documents is scarce and brief, and although some sources claim that it was made decades earlier, the most credible evidence we have states that it was built in 1753.

If this is true, then this instrument was made just one year after Benjamin Franklin conducted his famous kite experiment, and almost 70 years before Michael Faraday invented the first electric motor.

It almost sounds too far-fetched to be fact. But is it?

According to surviving records, this instrument’s name was the Denis D’or, and it was invented by a Czech priest and scientist named Prokop Divis. This man was no amateur: he had a Doctor of Theology degree from what is now the University of Salzburg, and he was the inventor of the grounded lightning rod, around the same time that Benjamin Franklin was perfecting his own model that would be attached to rooftops. Divis conducted a multitude of electricity-oriented experiments throughout his life. He was well aware of Benjamin Franklin’s research and, in addition to their work with lightning rods they conducted other experiments with electricity that treaded similar ground.

Based on these clues, the idea of Divis putting together an electronic instrument doesn’t seem so far-fetched. However, being so deeply buried in obscurity, it’s not likely that we’ll ever find out more about the mysterious Denis D’or. (At least, not until someone invents a time machine.)

So now that we’ve covered the first electronic instrument, we can move on to the next milestone: the first-ever machine that recorded sound! The only thing is…it’s not quite what you’d expect.

In 1857, a French printer named Édouard-Léon Scott de Martinville patented a pioneering machine, which he called the phonautograph. He hadn’t actually intended for his machine to record sound in an audial sense, but rather to press visual representations of sound waves onto surfaces like paper, glass and wood – markings he called “phonautograms”. His aim was to be able to look at sound waves in order to study the way they formed, not to listen to what he recorded.

This was a very innovative creation for its time, but it wasn’t until a few decades later that the technology for audio playback became available.

Because of this, Scott de Martinville’s phonautograms would spend centuries collecting dust and never being heard; until, in 2008, scientists from the Lawrence Berkeley National Laboratory figured out a way to convert one of his phonautograms into sound.

The result is like a creepy echo seeping through the dark tunnels of time, a ghost of the distant past captured for a brief instant in the form of a scratchy recorded voice.

You can hear it right here. This is considered “the earliest known recording of sound”.

It’s quite incredible to think about how far electronic sound has come in the centuries since. Scott de Martinville died believing that the world would instead remember Thomas Edison for discoveries he himself had made – Edison developed his iconic phonograph based on Scott de Martinville’s work – but because of the efforts of scientists in Berkeley, CA in 2008, his work has been given its due credit.

Now, this is not meant to take away any of Thomas Edison’s shine, because the man had enough of it to light up a city (as well as a major place in the development of modern electricity to generate it). Edison had no fewer than 1,093 patents to his name and is one of the most important inventors in human history. And the phonograph, revolutionary as it was, was the earliest stage of a marvel of technology that is still widely used today – the turntable.

The dawning of the electronic era

The technology of electronic sound reproduction progressed from Edison’s tinfoil cylinder system to Emil Berliner’s gramophone records (“gramophone” was the European word for “phonograph”) in 1887. It became easier than ever to record sound, and the distribution of gramophone records to consumers made listening to recorded music commonplace for the first time in history.

It was only 10 years later that a profoundly influential electronic instrument was invented, far ahead of its time, which even foreshadowed electronic instruments of the future: this was the Telharmonium, widely considered to be the first synthesizer ever made, created by the visionary inventor Thaddeus Cahill.

Cahill was determined to find a way to convert electrical signals into waveforms and amplify them so that many people could listen in on live performances on the Telharmonium all over New York City. He endeavored to take the horn idea from the phonograph and apply it to telephone receivers in the form of paper cones, so that people who “subscribed” to the service could hear Telharmonium music through their telephones.

From the outset this was a largely unrealistic system, and not only because the Telharmonium was a massive contraption (the most advanced version was over 60 feet long and weighed 200 tons), but because the signal from the Telharmonium would bleed into other telephone conversations and interrupt them with bizarre electronic music that must’ve seemed otherworldly at the time. It was technology that simply had no plausible selling point; and yet his invention not only became the first polyphonic synthesizer in history (it could mimic the sounds of the bassoon, clarinet, and even cello), Cahill’s idea for having customers subscribe to a service and listen to musical playback through their phones eerily predicted the “Music on Hold” service that we all hear when we’re put on hold during phone calls to most companies, as well as the idea of streaming media that has become so ubiquitous in recent years.

So there you have it, ladies and gentlemen: Cahill invented the very first synthesizer, over 100 years ago. The technology behind every synthesizer keyboard or VST softsynth you’ve ever used derives from this single ingenious creation.

The Telharmonium is the first true milestone in our analysis of electronic music’s history. It’s one of the most important discoveries in the evolution of electronic sound and is a pillar of everything that we’ve used to create electronic music throughout almost a century of experimentation.

On that note, we will end part one. In the next phase of our journey, we’ll learn about a renegade mindset from Italy in the 1900s that was determined to do away with all human art of the past and usher in a new era of creative expression, and the envelope-pushing results of it that changed how we perceived music forever.