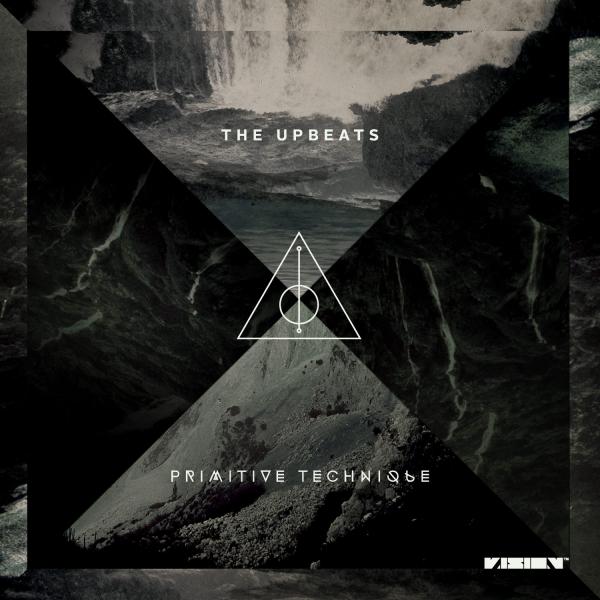 The words “brutal”, “heavy”, and “intense” get thrown around a lot by Electronic music enthusiasts. Fans of Drum & Bass, Dubstep, and other related genres are especially hungry for music that assaults the senses, and that hunger that keeps raising the bar. The Upbeats just made the task of impressing this generation harder with their latest full length album, Primitive Technique.

The Upbeats are two young men from New Zealand, named Jeremy Glenn and Dylan Jones, performing for over 10 years with the stage names Terror Snake and Downie Wolf. With Primitive Technique, released through Vision Recordings, the duo has released 4 albums as The Upbeats since 2008. They assert that the name of the album comes from their style of producing. They say “We’re not super tech geeks, we’ve always felt our approach to production is quite simple.” Listening carefully to their mixes doesn’t do anything to contradict that statement. Just like Electronica marketing loves to use the word “brutal”, it also loves to use words like “minimalist”, which far too often just means “boring”. Primitive Technique takes words like these, that we’ve grown so comfortable (or uncomfortable) with, and makes us feel like we’ve been using them all wrong.

As a proper Drum & Bass record, it keeps a consistent, energetic pace throughout most of the album. The beats per minute (BPM) never fall below 160, even if services like Beatport claim that, technically, the BPM is half of that. Let rhythm purists debate the numbers if they want, either way the songs feel appropriately quick. The drum section itself, in its composition and in its production, feels very tight and organic. The balance between kicks, snares, and other percussion is careful, and it lacks that “electronic” or “arranged” quality that most of us are familiar with. Not that distinct, heavily produced percussion is necessarily a bad thing, but it’s pleasant to hear something that’s a little reminiscent of Rock’n’Roll in a way.

As alluded to before, Primitive Technique does a wonderful job of being brutal. This brutality isn’t the kind we usually associate with this kind of music, this is the old-school definition. This isn’t just heavily modulated or mixed for maximum bass, the feeling of aural assault is deeper than that. This stuff is intense, and just a little haunting at times. The sounds and melodies are nothing special, if broken down as base elements, but placed together they form a bigger picture that sounds a little dissonant and a little harmonic at the same time. Just as the duo claimed, there’s nothing complicated happening here, but that simplicity is shown to not be a bad thing.

A very unique aspect on the composition side, is the way that some songs from this album will simply fall off when you aren’t expecting it. These guys may have simultaneously invented and perfected the opposite of a bass drop. Rather than a decidedly predictable build-up, songs will fall into an unnerving quietness. It almost sounds like the end of the track, but something very deep, something very primitive tells you that it’s not really over. That something is usually right, as the music picks right back up with a unique and interesting build-up.

The Upbeats‘ latest album will play for you for a little over an hour, with individual tracks running consistently between 4:45 and 6:00 minutes. As much praise as this album receives, it’s not for everybody. Drum & Bass junkies will likely get a lot of enjoyment out of it, and so will just about anyone who likes their Electronic music served raw and covered in harsh synths. On the flip side, If you require music with an emphasis on melodies, catchy or not, this is not made for you. It’s also not the album to buy if you’re looking for something fun and accessible for mainstream DJ-ing.

The cheapest way to buy the album right now, is as a download through Amazon, which will set you back $8.99 for an MP3 download only album. As far as the internet is concerned, a physical copy of the CD can only be bought at the online store for Vision Recordings. That will cost you a base of about 16 bucks, which doesn’t sound too bad at first, but the shipping and handling costs from across the ocean can bring that cost up to over $25, if you’re buying from the United States. Obviously, it’s only worth it if you’re a die-hard Drum & Bass or Upbeats fan.

Pick up the digital album here on Amazon, or pick up the physical CD at the Vision store. You can also follow the exploits of Jeremy and Dylan on their Facebook and Twitter pages.