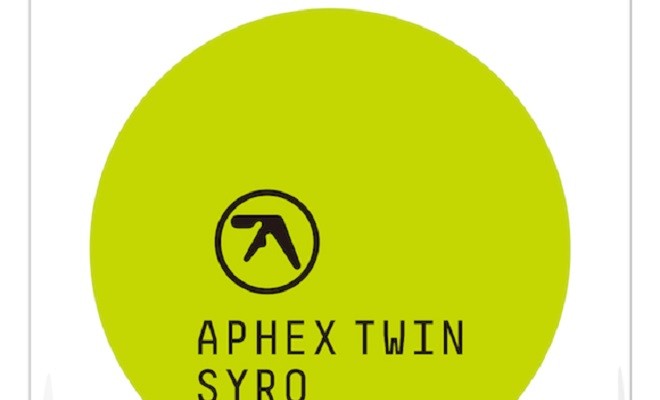 For electronic music acolytes, this man needs no introduction: Aphex Twin, real name Richard D. James, is a UK producer that has been around for several decades, released a massive flood of music under various pseudonyms, and has consistently proven to be one of the most innovative, one of the most influential, and one of the most respected and admired composers of his generation – one could even say that he’s one of the most important electronic music composers in history. The range of his influence throughout the musical landscape is so vast at this point that it would be extremely difficult to determine how far it really goes.

James has been releasing music since the early 90s and is most famous for his hits “Come to Daddy” and “Windowlicker,” and while he wasn’t too happy with the popularity of these songs, “Come to Daddy” has become a classic of electronic music. The video, created by Chris Cunningham, is also one of the most memorable music videos in history.

He also released so many other EPs, singles and albums over the years that it’s hard to summarize his entire oeuvre in a few sentences. What I can say is that I’ve been a huge fan of his Selected Ambient Works Vol. II  for many years. The stuff he was doing on that album was so bizarre and atmospheric, and he received high praise from critics for it. This was the Aphex Twin I knew and admired, and this was the Aphex Twin I was really hoping to hear with this return to the music world after a decade-long hiatus. Obviously Selected Ambient Works Vol. II was an anomaly in comparison to most of his other output, but I just mean I was hoping for a similar type of atmospheric, introspective head trip from Syro.

He dropped “Minipops 67” some time before the album’s release, and while this song was definitely interesting in a lot of ways, it just felt like a mishmash of different bits shoved together to make some sort of whole, like jamming random puzzle pieces together. He’s made plenty of tracks like that in the past, but that was such a long time ago, and I expected that he would do something much more innovative with this release instead. And while I could appreciate the return to basics this song had – and I do think it’s an interesting song – I was really hoping the rest of the album wouldn’t feel as lifeless as that. Unfortunately, the majority of songs on Syro that have this dry atmosphere I can’t really get into.

Before I talk about my problems with Syro, let’s talk about the good stuff. First of all, the production is great, everything sounds very clean and exactly where it needs to be in the mix. I would expect no less from a veteran like Aphex Twin, especially since the man is also an engineer, and has been doing this for 20+ years. The mix on “Circlont6a” is especially smooth, every synth sound froths and bubbles and bleeps with perfect clarity.

But that’s pretty much where my praise for this album ends, because most other aspects of it are disappointingly lacking.

Most of the rest of the album continues this feeling of disjointed, impersonal, cold sound. “Xmas Evet” has an interesting mix of electronic and organic, with the slightly detuned piano in the beginning, but I feel like there’s too much dissonance for it to feel personal or emotive. Sounds come in and out and add different textures but I don’t feel like a certain mood is really being expressed, although that might be exactly what he intended. The thing is that while there are all sorts of sounds coming in and out, and there’s some very interesting drum patterns, it kinda just feels like a slideshow of different loops and melodies that he strung together into a makeshift presentable format. I feel like this song is also much longer than it needs to be; the second part doesn’t justify the length at all.

Another example of songs beginning in an interesting way and ending up losing focus is “Produk 29.” It starts out with this interesting vibe, but by the time the female vocal sample comes in, the interest has petered out and you realize that the song isn’t really going to go anywhere. This is a good example of what I mean by a slideshow of quirky sounds passing you by without grabbing your attention or making you wonder where it’s going. I think it’s important for music to have rises and falls of energy, even if the music is chilled out, you can still make it fluctuate; manipulating energy through sound is one of the most powerful aspects of music, and when you remove that, there’s not a whole lot left to enjoy.

There are a few moments – however sparse – where the disjointed format and dissonance really do work well. A perfect example is “S950tx16wasr10,” which has some of the best drum programming on the whole album. This song has an intelligent drumnbass vibe to it, and it’s quite fun.

“Produk 29” is very interesting when it starts out, but by the time the English woman vocal sample comes in, the interest has petered out and you realize that the song isn’t really going to go anywhere. This is a good example of what I mean. I think it’s important for music to have rises and falls of energy, even if the music is chilled out, you can still make it fluctuate between soft and a bit more full and bright.

Another track I really dig is “Papat4,” which has just enough melody for it to create a mood. The song is relatively brief, the changes in rhythms and other sounds feel like a progression, and it’s just more cohesive than the rest of the album.

Interestingly enough, my absolute favorite song on this album is “Aisatsana,” the very last song, a gorgeous piano piece that has no electronic sounds or dissonance at all. It’s so far removed from everything else happening on the album and I love it for that. He has shown in the past that he has a real penchant for making moving, emotive piano pieces, like “Nanou 2” from his album Drukqs, and that’s why I’m left to wonder why he didn’t incorporate that knack for melody into more of the tracks on Syro.

In regard to the structure of most of the songs on here, I understand the desire to push the envelope with dissonance and rejecting traditional song structure, but when what you’re doing with dissonance doesn’t grab a listener’s attention, then it’s not as effective as it could be. Many darkstep and neurofunk producers don’t use much melody but their music is so powerful and aggressive that it’s as if it clutches your face in its claws and won’t let you turn away. Then there are producers that forgo melody entirely, and simply work with noise patterns, like Ryoji Ikeda. And while his work sounds like little more than computers and factory equipment making rhythmic sounds, it’s still very interesting to listen to.

All of these are examples of dissonance (or at least a lack of melody) done in an interesting way, but to me, Aphex Twin isn’t providing anything new or fun or original here, it’s simply a rehashing of IDM we’ve been hearing for about two decades now. It would have been great to see him do something completely different, especially after such a long hiatus. Syro is an album that could’ve come out at any point during the 90s and it would have fit right in with the rest of the stuff that he was doing back then. Unfortunately, I feel that it’s disappointing that this is the material he chose to release after being silent for so long.