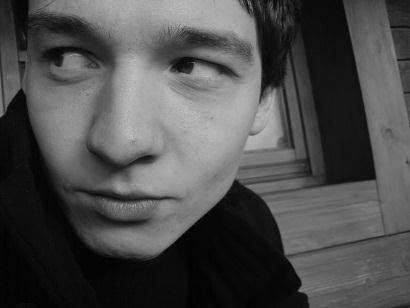 Mitja Cerkvenik combined an Aruduino MEGA drum machine with an Aruduino UNO synth module that had an MIDI as the input. In the video he demonstrates the simplicity of listening for the right tone and length of the beat. Bringing in the drum pattern’s that confine a distinct memory of scratched records. But on purpose when DJ’s use to add in their own microscopic talents, rather than just letting the record play out. Cerkvenik who scores films, makes his own short films including documentaries as well as theater plays. Since Arudunio started him off with the necessary MEGA and UNO, he decided to transform the complimenting transaction inside of a ‘groovebox.’ With 8 bit resolution along with a 31372,55 Hz sample rate. And to add the cherry to the top this invention was his final thesis for his schooling at the Faculty of Computer Science at the University of Ljubljana. He reminds me of Glenn Branca in the sense that he is taking these already full bodied technological developments and instead of either taking apart and putting them back together piece by piece. He is using a connecting factor that could easily be over looked, but taking the matter of sound wave technology into his own hands.

You tend to sit and wonder if their are truly any young inventors in the world. Yes we have things that can capture anything at any moment. But using the skill to populate the immediate world with an idea into a material piece of equipment is pure brilliance. I’d look out for Mitja Cerkvenik in the near future, since his thesis is done. What will he do next?

To make wonders even more wondrous Cerkvenik is willingly giving out the source code and schematics of his invention. Just send him an email to mitjacerkvenik@gmail.com but please be patient since the original transcription is in Solvene and allow him to translate the code into English.