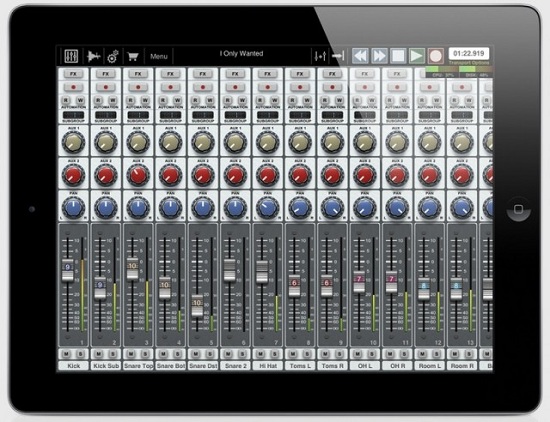 Auria has generated a lot of buzz since its introduction at the 2012 NAMM Show. Auria is a 48-track digital recording system, designed from the ground up for the iPad. Offering advanced features like AAF import/export, and third-party plugin support from names like PSPaudioware, Overloud, Fab Filter and Drumagog, Auria challenges people’s notions of what you can do with an iPad.