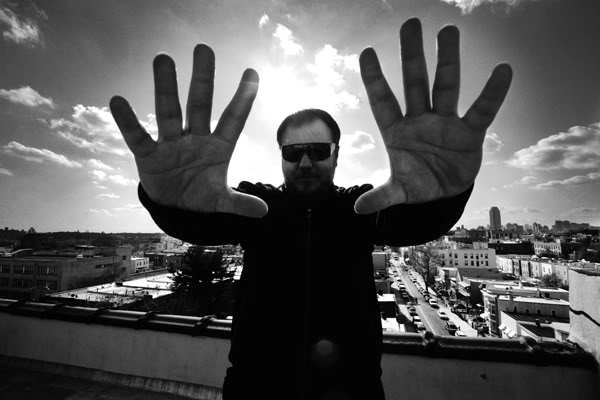 Brendon Moeller, the man behind Beat Pharmacy once used to be a teacher in South Africa. That is, until 1994 rolled around and he moved to the Big Apple. Leading his life in a way that would be envious to many DJ’s and producers. While he’s been recording under a variety of different persona’s over the years,  it’s always a treat to be able to trace back the roots of a pioneer to the beginning. Moeller is an inspiration for attaining what you want to proceed in life. Instead of staying unsatisfied with just playing drums in a band, he essentially entertained himself with the idea of being his own band. This lead him to producing his own tracks, which we can give  Aphex Twin credit as some of the influence for Beat Pharmacy’s originality that is heard today.

Now from his hard work to succeed in his passion, we see a musician that is about the music and not about the consumer product. Just having your name out there. The best is how he started with 4 tracks and tape, then he eventually transcend into a complete digital realm. Recording and saving on hard drives. After that wore off he now mixes the best of both parts which reveals a complimentary harmony.

What I like about Moeller is the fact that he did start out in the traditional way of starting a band and building his way to what he sought after in his up-rise to were he is now. Collaborating with some of house, dub and trances best like Mutabaruka, Spaceape and Mikey Dread. Taking great weaved through songs into his own studio and adding what we didn’t already know could be added. He has this hidden sense of drawing out beats that normally are over heard. Bringing to light the chaos of enlightened afrobeat blended with psychedelic notions.

Beat Pharmacy has an attraction to the name itself, you tend to step back and ask who is this person? Who has the talent behind the board to loop the right pieces of machine love for our listening pleasure? Taking reverb, echo and delayed effects to the fullest extent. Who knew three simple knobs could escalate to the highest of dub-step.

Also, he considers that live shows are key. If you can not present your sound in the way you want it to be, at the utmost quality, because come on, people are there to see your show. So Brendon Moeller will never disappoint as he knows what’s at stake. While he recorded his album Subterranean in one complete session in 2011. This album stands out because he took a year out to record sounds. Taking his surroundings to incorporate the necessary peaks and valleys to assort crisp tracks.

If you understand the cliche names attached to the dub-step, dance jazz, techno rich tracks that are under a producer that layers the track way to heavy with muddled noise. You can’t enjoy the technical strategies that the synth master at hand is weaving together. So in the words of Brendon Moeller, keep it simple.