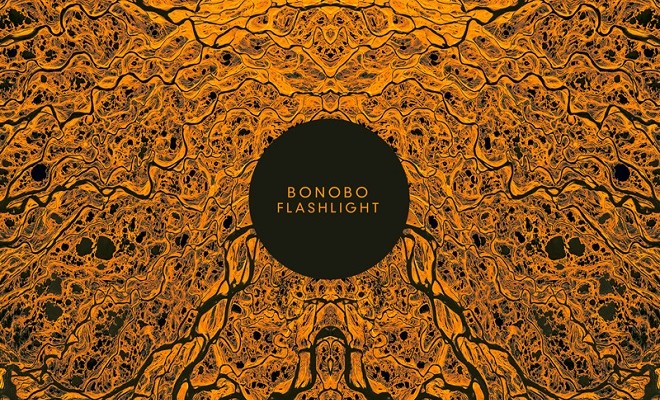 In the world of chill electronica, Bonobo is a well-known name, and with just cause. He’s a gifted and prolific musician, producer and DJ that has contributed some of the most lush and magical soundscapes that the chillout world has to offer, and if you enjoy soothing electronica with infectious grooves and mesmerizing textures then you should definitely delve into his discography.

It’s been almost 15 years since the UK-based producer completely self-composed, instrumented and produced his first full-length, Animal Magic, in 2000. He was picked up by indie label Tru Thoughts for this release and soon after moved over to Ninja Tune, where he’s remained ever since. Tru Thoughts, clearly a team with excellent taste, is also responsible for discovering musician and producer Chris Clark, who later signed to Warp Records.

Since then, Bonobo has released four other studio albums, collections of remixes and B-sides, and a whole mess of singles and EPs. This year alone he released a live album and DVD of The North Borders – his latest studio release from 2013 – and the Ten Tigers EP which came out back in June. Now he’s at it again with 3 tranquil little jams on Flashlight, and as always, it’s a pleasure to sit down and tune into his wonderful world of sound.

The title track is the first of the three, a relaxed little house jam with some interesting click-clacking percussion accompanying a soft, clean kick and a flurry of gentle rimshots. My favorite part of this track is the funky bassline, it’s really the soul of the piece, and it’s impossible not to nod your head at. As is almost always the case with Bonobo’s music, there are all sorts of synth sounds coming in and out, there’s a sample of a female voice reverberating in the background, and overall the mix sounds very full and thick. I’m not even into house, but this is definitely a very pretty tune.

“Pelican” comes next, a slightly more experimental jam that implements a gritty pad playing jazz chords directly in the vein of the UK’s own blend of house and garage from the 90s. The open hat sample used here is also reminiscent of that era. I like this track even more than “Flashlight,” the textures and layers just feel more original and are even kind of psychedelic, riddled with chopped up female vocals that shift pitch and pan around the mix with a trail of echo that stutters along the back layers of this sonic adventure.

“Return to Air” is the last song, and not only is it my favorite on this EP, it’s one of my favorite Bonobo songs of all time. This track is a perfect example of his signature style that I’ve been fascinated by for years now, with emotive chords, a soft but driving hip-hop-style rhythm, all kinds of textures coming and going as the atmosphere shifts and writhes. It’s an instant classic for the chill beat variety, a moody, radiant sound-painting that conjures up imagery of sitting on a grassy hill watching the sun rise over the forest, with tiny gleaming beads of dew still at rest on the leaves, and a persistent feeling that today’s gonna be a good one.

In my opinion, while the first two tracks are definitely interesting, they’re kind of dimmed by the energy on “Return to Air.” However, overall this is a nice little trio, and are worth a listen – longtime Bonobo fans will be pleased with what they hear, and it’s a nice introduction to his work.