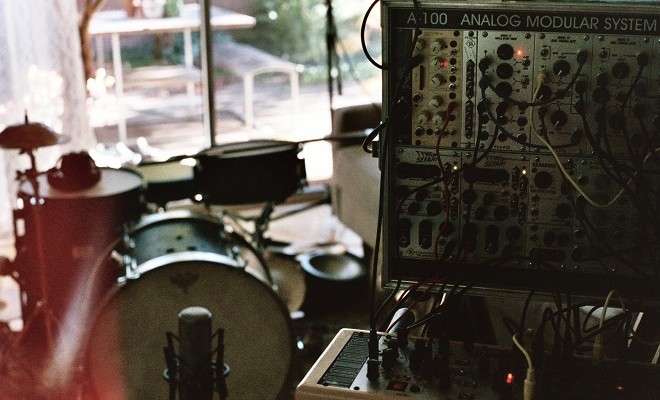 The breakbeat has been a musical staple for over 30 years now. It has been ever-present in numerous genres, forming the very foundation of some, and in the past couple of years we have started hearing the sound of breaks back in the pop charts as well, as the sounds of the early nineties have been revisited by present-day producers. Now seems like a good time to take a look at various techniques that you can use in your productions to create a huge and modern sounding breakbeat that doesn’t squeeze the life out of the original samples you use.

Where To Find Breaks

This isn’t as clear-cut as you would think. Technically, if you sample anyone’s break without getting that sample cleared you are in breach of copyright law. So how about that most famous of all breaks, the ‘Amen’? Probably the most used drum sample of all time, the ‘Amen Break’ is a six second drum beat taken from the song ‘Amen,Brother’ an instrumental B-side from the Winstons’ 1969 single ‘Color Him Father’. Although the single did win a Grammy, this wasn’t to lead on to greater success for the band, as within a year the Winstons had split up. They couldn’t possibly have guessed at the impact that this record was going to have in future years. There isn’t space here to deal with the entire history of the break but suffice to say that without it, genres such as Jungle and Drum & Bass simply wouldn’t exist. We’d also be robbed of the driving force behind dozens of classic hip-hop cuts. It is worth taking the time to watch Nate Harrison’s fascinating history of the Amen, below:

As Harrison reveals, the copyright status of the ‘Amen Break’ is hopelessly convoluted and complicated. What this means for producers is that it can be used with relative impunity, however, remember you are still breaking the law by using it without paying (so don’t come crying to us if you get sued). If you start taking breaks from other songs, you have a much realer chance of landing in hot water with the rights holders. From a legal standpoint, you are probably much better off using breaks that come as part of sample packs, or for free with DAWs such as Ableton and Logic.

To create a really big sounding breakbeat, you need to pay particular attention to the frequency range of your various samples. In particular, when you are using vintage samples, you may find that they are quite bass-light. You will need to consider balancing this up; perhaps by layering up a number of breaks, perhaps by adding in individual drum hit samples. The first screen shot below shows the frequency spectrum of the ‘Amen Break’. You can see that it is a little lacking at about 1000Hz and that it doesn’t have a great deal of sub. To beef the sound up, you may want to consider layering in another snare that is prominent at 1000Hz and a kick that contains a lot of sub, such as the one shown in the second screenshot below. Essentially, to create a really huge drum sound, you want to make sure that you use samples whose frequencies compliment one another. It is not uncommon for producers to layer multiple kicks and snares to achieve the sound they require. One word of warning must be sounded however; you need to be careful to leave space in the frequency spectrum for your other musical elements. The bass in particular can be tricky to work in – if the bass and drums are sat in the same frequency bandwidth, the track can end up sounding muddy.

Frequency analysis of a kick drum with prominent sub-bass frequencies

Getting a big sound isn’t the only reason to layer your breaks; doing this can create some very interesting polyrhythms as well. You can try EQing various breaks so that you are mostly hearing the top end (hi-hat, cymbals, percussion) from one, and the bottom end (kick, snare, toms) from another. You can arrive at some really surprising and unique results like this.

When layering, you need to decide whether you want your drums to be on the grid or not. You can chop up your breaks, and line them up perfectly, which makes it easy to drop other samples in on top of them. This can sometimes suck a little bit of the life out of the samples though. Drum breaks often sound cool precisely because they are not on the grid; they are played by drummers with a sense of groove that doesn’t rest on playing perfectly in time, but on something less definable. If you have a sample that you like the feel of, it is often worth going with it, and layering your individual hits over wherever the kick and snare are played in the break; even if this is off grid.

As a final thought, it is worth thinking a little about how you process all of these samples. You want your drum sound to be cohesive and this can be tricky to attain if you’ve taken samples from five or six different places. The quickest way to do this is to send all of your drums to a bus and put them all through the same compressor. The new ‘Glue’ compressor in Ableton 9 (modelled on a classic SSL bus compressor) is designed to do precisely this – to take disparate sounds and sonically unify them. You can try putting the whole drum group through various other effects as well; perhaps some tube distortion or a bus EQ. All this will help to create a big bold drum sound in your mixes!