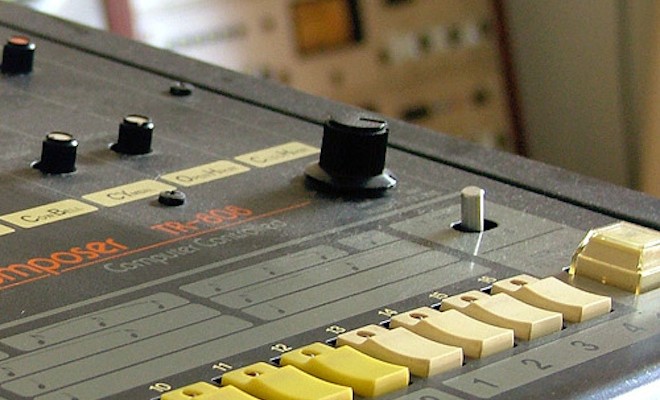 In recent years, producers have ditched the use of drum section loops in favor of MIDI drum arrangements. While the latter method does have a greater range of control, don’t discount the use of loops from your repertoire. The fixed nature of loops might seem limiting, but actually comes with its own set of advantages.

SIX SECONDS OF HEAVEN
The most common argument in favor of relying on MIDI is the amount of control over the composition. Not everyone is comfortable with a previously crafted drum loop with a prescribed tempo. Granted, a looping sample can be sped up or slowed down, but only by about 10 BPM before the pitch becomes noticeably altered. Considering these limitations, the practice can seem a little out of date since modern styles emphasize careful syncopation between melodies, bass lines and percussion. With this trend in mind, it can be extremely frustrating trying to find a loop that works, especially for those who like to start a project around a melody.

There is, however, a flip side to all this. While it is true that a loop will sound dramatically different when you mess with the playback speed, no one ever said that was necessarily a bad thing. Quick history lesson; an astounding number of drum sections are all derived (or directly sampled) from only one R&B song from the 1960s. A song titled “Amen, Brother” contained an iconic 6 second drum break, which has been sampled in countless songs in a wide variety of tempos. Not only has the same sample been used in both slow Hip-Hop and quick Breakbeat mixes, but it’s also been used by Rock acts such as Nine Inch Nails and Rammstein. The moral of the story is, no matter what tempo it was being used at, no one cared that the sample was altered and the pitch had shifted, and maybe you shouldn’t care either.

There is still the fact that you have little control over the composition when using loops, but even this has an upside. The complete control offered by MIDI sounds pretty great, until you find yourself putting together a mix that calls for a full and sophisticated drum section. This is where loops have the advantage because the majority of EDM producers are not drummers, and assembling an MIDI roll that breaks away from a simple kick-snare pattern takes practice to do correctly. MIDI fits the bill for simple patterns, or if you just happen to have experience with live percussion. Otherwise, why not consider going old-school?

I GOTTA HAVE MORE COWBELL

Of course, not only do you relinquish control over the arrangement when you opt for loops, you lose a lot of control over the way the percussion is mixed. This does not sit well with a producer that leans towards perfectionism in his work. With that in mind, also remember that perfectionism can backfire. When you find yourself spending too much of your time micromanaging the levels of each individual hit, a loop might be a better option. It might feel good to build something up from scratch, but if that’s proving difficult, remember that the best solution is often the simplest. If you’re aiming to achieve a natural sounding drum track, why not simply use a natural drum loop?

Some are still hesitant because loops might sound a little too natural, and lack the power that we’re aiming for. After some clever use of EQ and other effects, our loops can hit as hard as they would if they were arranged with MIDI. Try using a shelving EQ to give a conservative cut to higher frequencies, calming down the cymbals and hi-hats in a loop. Experiment with boosting some of the decisive frequencies at the low-end, using a curve with a high Q to avoid overly saturating the mix with bass. Keep in mind that it’s easy to get carried away with EQ, so be conservative, and trust your ears, not your parameters. To give an example of using time-based effects, adding a reverb effect can help bring out the snare in a mix. Crank up the low-cut on your parameters to avoid applying it to the kick, and possibly use the high-cut to block out the effect on the cymbals as well. Just like with your equalizer, be wary that reverb is very easy to overdo.

The airwaves are no longer saturated with Hip-Hop with loop-based beats, and the explosion of Dubstep’s popularity over other forms of EDM has also diminished interest. Despite this, successful artists such as Bassnectar or Noisia know that there is a time and place for both methods. It’s not about what you use because a producer is able to use every tool available, it’s knowing when to use it.