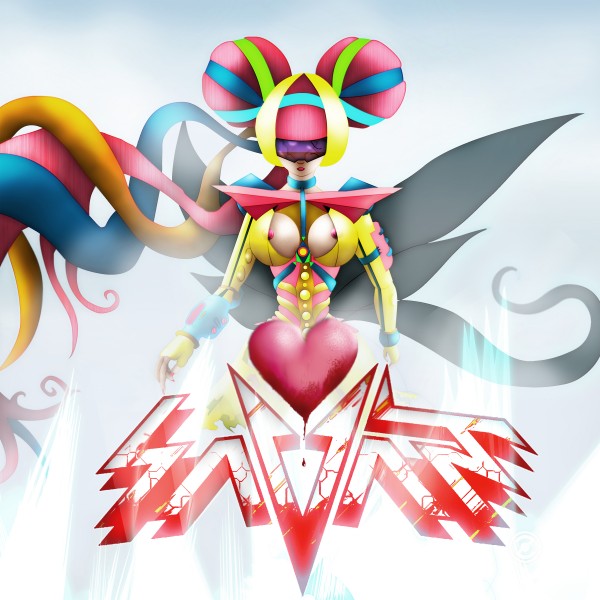 Is Savant‘s latest piece of game-inspired Glitch Hop worth your cash? Let’s have a look-see, and decide for ourselves.

Here’s a quick history lesson: Aleksander Vinter released his Electronic music debut in the form of “Outbreak” in 2009, under the alias Vinter in Hollywood. He shed that moniker fairly quickly, and released “Outbreak” and “Mamachine” as Vinter in Vegas and as Savant, respectively, both in 2011. Vinter in Vegas all but disappeared as fast as it appeared, but Savant has been going strong for the past 2 years. His latest EP, released on March 13th, 2013 under SectionZ Records, is titled only with a “♥” symbol, and is meant to be pronounced “heart”. This five track EP continues what Savant is known for; bouncy and upbeat Glitch Hop, full of synth leads inspired by 80s and early 90s video games.

The EP starts off promising. If you’ve listened to Savant before, the first few bars let you know without a doubt who you are listening to. Things get glitchy and chaotic really quickly, and Savant makes a point of keeping it like that for awhile without giving you a break.  This EP doesn’t settle down much until the 3rd track finally rolls around. When that break in the action finally did occur, it seemed a little too quiet to this author. When Savant cuts down the low and high range sound for a moment, to focus on a mid-range instrument for a few bars, he seems to contrast it a bit too much, and the organ solo, acoustic guitar, or what-have-you is almost lost completely. This feeling of abrupt quietness is even stronger if you’re listening with your equalizer set to a Dance/Electronica preset.

A certain sound that never gets lost, is Savant‘s trademark Nintendo-esque synth lead. Most modern Electronica artists only dig into ancient technology like that just for a quick change of pace, but Savant has made it work time and time again in his music, and he reflects his main inspiration in most of his album artwork. The title track makes the synth the main attraction, and on the other four tracks, it can be picked out even when it’s only heard for an 1/8th of a beat during a chaotic bass drop.

Those who dabble in music composition, or any other kind of composition, will likely pick out a strong sense of motif on this EP. With the insane amount of sounds being thrown at you, at times it feels like the only thing keeping a song cohesive is a single four-note synth melody, or a speech sample that’s repeated so many times you’ll end up going to bed that night convinced that you need to “step up your game”.

The full playing time on this EP is 30 minutes and 46 seconds. The longest track is “♥”, with same title as the album, clocking in at 8 minutes and 8 seconds. The shortest track is Siren, at 3 minutes and 40 seconds. The energetic style and the running time makes it good for a morning commute pick-me-up, when the Starbucks refuses to kick in because of your lifelong caffeine addiction. It’s also got a pretty accessible beat most of the time, so it could be useful for mixing things up a bit when your party guests need something a little more intense than Top 40, but not too much of all that silly electronical business.

Like every Savant release before it, ♥ is digital download only. It’s currently marketed as a “Beatport Exclusive”, and they want you to pay $12.45 for only 5 tracks as of this writing. This is a load of bull snot. You know it, I know it, and apparently Aleksander Vinter knows it too, because you can preview and buy it off of SectionZ Record’s Bandcamp page for only $2.99, and have the option of downloading in MP3 320 kbps, MP3 variable bit-rate, FLAC, ALAC, AAC, and/or Ogg Vorbis formats. It was hidden on the 2nd page of a Google search for “Savant heart”, so I’m pretty sure only a fraction of interested human beings will ever find it.

You can buy Savant‘s EP, “♥” on Bandcamp here. The EP will also be available on iTunes and Spotify on March 27th, according to Savant’s Facebook Page.