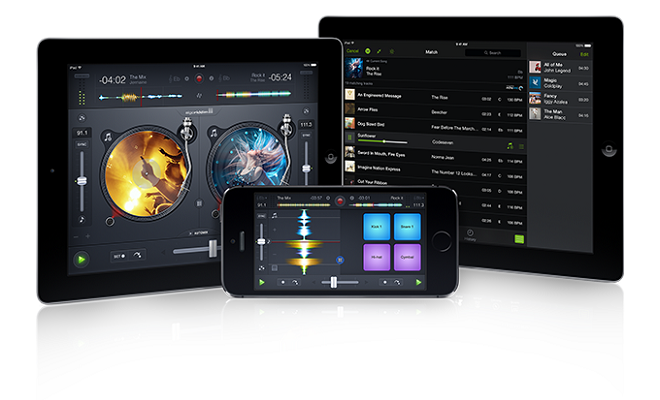 How Close Are We To A Streaming Takeover?

Last week numerous Spotify records were broken as ‘Blame’ by Calvin Harris received more than 10 million streams in one week. The song also smashed the record for number of streams in a day twice – hitting 1.6 million on September 10th and then 1.8 million on September 12th. During the course of this week, Harris passed the one billion streams mark on the streaming service. So just how close are we to streaming services replacing downloads entirely, both for the music buying public and for DJs?

At the end of August, digital music expert Mark Mulligan posted a report on the current state of music streaming, discussing the enormous impact of streaming services on the music industry as a whole. Much of it makes very interesting reading for anyone currently involved in trying to sell their music. Unsurprisingly, the major labels are in a panic once again, as once more technology and listening trends are moving faster than they can keep up with. Since the advent of music downloads, many analysts have been calling mp3s a ‘transition format’ – saying that in a few years time people will be laughing at the idea of ‘owning’ and mp3. If you can stream any song in the world instantly, then why would you waste space on your hard disk with mp3s (or even wavs for that matter)? OK, so streaming technology is not yet perfect by any means, and we are still a long way from the streaming market being saturated, but we are moving in that direction – as Mulligan’s findings show. The current panic in the industry is being caused by the transition from downloads to streaming happening much more quickly than many anticipated – particularly in the US. Many labels and established artists are very worried that streaming revenues will not come close to covering the shortfall in download sales.

According to the report, 37 million people worldwide will be paying for subscription streaming services by the end of 2014, with 210 million accessing advertising supported services for free. 45% of people who buy downloads are already streaming music, with only 15% of those that stream music actually paying for the service. Mulligan believes that one of the main issues preventing people from paying for subscription services is that they are just too expensive for the average person. A study by the BPI (British Phonographic Industry) in the UK showed that only the top 10% of music buyers in the UK spend £10 ($16) or more a month on music. Spotify Premium costs £10/month in the UK, so the problem here is obvious – paying for the streaming service is simply bad value for 90% of music fans. Mulligan thinks that the cost of streaming services needs to drop significantly in order for the average listener to start paying for it, and until that point, industry revenues could continue to suffer.

Of course you can’t mention free streaming without talking about YouTube – it is now the first port of call for so many people wanting to listen to music. The report claims that “34% of music streamers won’t pay for music because they get all they need for free from YouTube… YouTube quite simply sucks too much of the oxygen out of the competitive marketplace for premium services to compete effectively.” Google are soon to be launching a premium, subscription-based version of YouTube – mostly to appease the major labels it seems – but how many people will realistically be prepared to pay for a service that they are so used to getting for free? No matter the incentives offered, it still seems like getting people to pay for YouTube will be a hard sell.

So it looks as though we are certainly heading for a streaming based music industry – at least in the medium to long term. It remains to be seen whether this will ever be a model that can adequately support artists in terms of revenues however. There are certainly challenges ahead. So what about DJing? If we are moving over to subscription based music ownership, what are the options for DJs wanting to work in this way?

Apps such as Algoriddim’s ‘Djay’ now offer direct Spotify integration, giving users of the app access to over 20 million tracks that they can pull straight into their sets – providing they have a Spotify premium account.

If the rest of the industry is heading in this direction, it does seem inevitable that the DJs of the future will work in this way. Of course the same problems exist in terms of paying royalties to artists at a level that will enable them to keep working. There are technological issues here as well, meaning that this concept becoming widespread could still be a few years off.  Would you currently want to rely on a Wifi connection in a club? What happens if the signal drops off mid-set? Even if the Wifi is trouble-free, the 320kbps mp3s – the highest quality offered by Spotify – just don’t cut it on the biggest club sound systems. Subscription services such as Deezer have recently started offering lossless formats such as wavs for streaming, but you need a very good internet connection to not suffer buffering problems at this stage.

In conclusion, it looks as though streaming is future, and as producers and DJs we need to be very aware of the fact. However it does appear that, for DJs at least, we are not there quite yet.