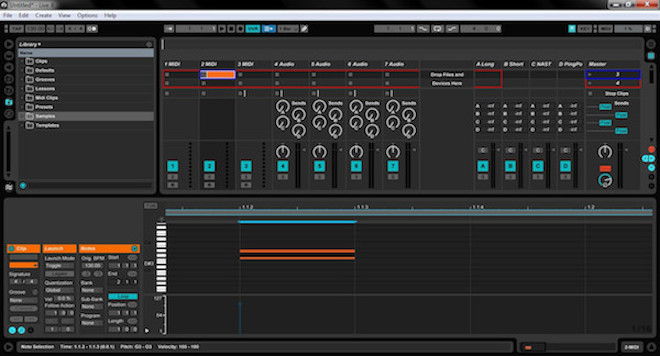 How to Tune Drums

Tuning drums can get a bit esoteric, but the goal is simple. Ideally, the drum sounds will mesh with the sounds of the bass and other elements, giving a sense of tonal unity across the entire track. This is most easily done right from the beginning, though there are occasions where drums may have to be tuned after the fact, and sometimes by very tiny amounts.

Fixing Drums Already In a Track

If you want to get a more uniform sound on an existing track, you can still tune the drums, but the process is a lot more complicated. You may end up only tuning the drum so slightly that it’s best measured in cents rather than semi-tones. The kick drum in a track can also be tuned to the extent that it functions as the bass line of the song.

You may want to tune other sounds that don’t have an obvious pitch, but that clash when they are heard up against other sounds in your mix. Claps, hi-hats and other samples can be tuned to remove clashing elements from tracks.

Experimenting with these other samples may offer new tools to use in a song, as well, so getting creative with this process is advantageous.

Tuning drums can be used to make a track sound cleaner and more cohesive or it can be used to introduce ear-catching elements into a track. The technique is equally useful when applied to other non-pitched samples. EZdrummer, from Toontrack, can tune drums automatically with acceptable results. Doing the work manually, however, gives a much higher degree of control over the end results and, with some creativity added into the mix, it can produce unique and useful tools for perfecting the sound of a track.

If your mix has a bit of clash to it that you want to remove, tuning the drums may be the answer.