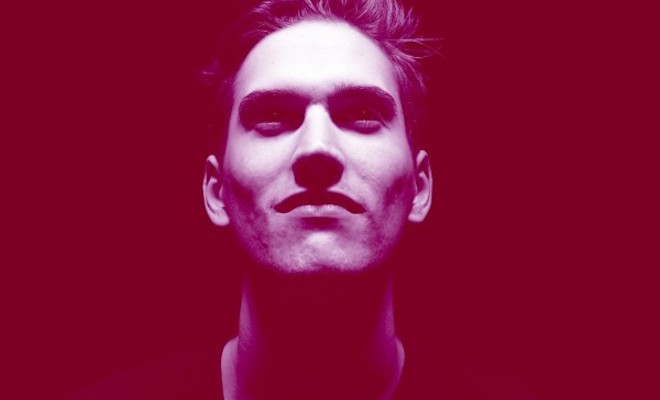 By Kenneth Foster |
Posij jumped in popularity after releasing his first EP, Empty Lungs for free through Noisia‘s Division Recordings, and improved his street cred again this year by releasing 28 Hz in the Spring. He was kind enough to talk with us, and share what he knows about being an EDM Producer.
When making music, what software and plug-ins do you notice you use the most?
Albino 3.0 is definitely the one I have used the most. I also use a lot of Superior Drummer, mostly for the hi-hats lately, but I have made a lot of full drum loops with it as well.
How much money do you think someone should be prepared to spend on a home production set-up, approximately?
You should get a good computer with a lot of gigabytes, so you can collect an endless supply of weird samples, VSTs, and make unlimited projects. This should be paired with a decent set of monitor speakers. I myself have been rocking the Mackie Mr5’s forever now, they are really cheap and I’ve done all my work on them. Getting more expensive ones will be really nice, but not make me produce better music, because my room acoustics totally suck. After that you get a sound card, I use Focusrite Saffire LE. All of this combined is about 1,000 Euros [about 1,350 USD] and I washed a lot of dishes to purchase all these things.

I guess getting a setup for 1000 euros is fairly do-able with decent quality stuff. My plan was to upgrade things as soon as I have some left over money, [but] I feel really comfortable with this setup so I’ve only really bought some extra stuff, like a monitor controller, headphones and stupid MIDI controllers I don’t use.

Have you had any formal musical training? How important do you think an understanding of musical theory is to producing electronic music?
Well, I did sound design school for 4 years, but I spent most of the time producing music on my crappy laptop. The most important lessons I got were about basic stuff in the first year, and coping with feedback in the other years. The formal musical training was really boring to me, I stopped caring for it as soon as I knew the basics of it.

Sometimes I get into a nerd vibe and read some internet articles or watch some YouTube stuff about it, but I won’t say I’m trained in it. You can definitely produce electronic music without knowing anything about musical theory. When I started out I used to select notes based on which one sounds the best, with all the inserts on it making each note sound different. I still mostly do that, but I will now be more careful with it.
What producers/musicians are your biggest inspirations?
Noisia. I’m an obsessed fan! [I] can’t believe I can now just give them a call and ask some stuff, [and I] will always appreciate all the chances they gave me. The way they work and think is really inspiring. Some more artists I’ve obsessively listened to and studied are Amon Tobin and Flying Lotus. There is way longer list of people I’ve been really inspired by, but these 3 have definitely made most impact on me.
Do you think any of your EPs will ever be released as CDs or vinyl, instead of just digital distribution?
Probably. [It] would be really cool to have something on vinyl. I’ll have to get into that some time.
Many artists are giving some of their music away as free downloads. What do you think is the right balance of free and paid musical content?
I asked Noisia and Flapper Management to release my first EP for free, because I see a lot of people starting out in music and trying to sell their first stuff. I always thought, just give it away for free, because you have just started and people have no idea who you are. They will probably listen to your stuff and not buy it and forget about it. If it’s free they’ll be more likely to click download and then run into it again later.
Right now, I’m thinking about releasing some free stuff, just because I have some tunes lying around that are not that serious and futuristic, but I just really want to get them out there because I’m still proud of ’em. So I guess you should sell music that has credit, for example your second EP costs a bit of money, but your first one is free. That’s how I did it.
Listen to more Posij on his Soundcloud Page