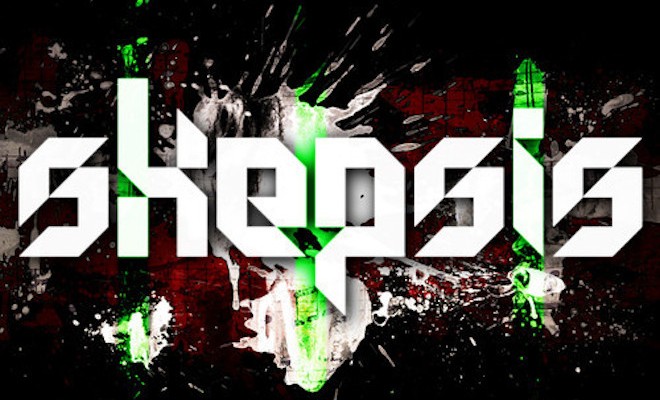 Ola Prøis, a Norwegian producer going under the alias of Skepsis, has been slowly making his way up the ladder of EDM listings. A little over a year ago, he released the single Fallen Devils on SectionZ Records, and he is now releasing an EP, Tales of Good & Evil, under the same label. In this interview, Ola tells us when the EP will drop, and lets us in on other projects he’s got in the works.

There are millions of Dubstep producers. What do you do to make yourself heard with so much competition?
Ola: I like to mix it up a little, not just make Dubstep or just one genre. I wanna make it all, so why shouldn’t I? Not many producers do this, or release many tunes. Most just release a single/ep or album a year maybe, confined to often one genre. I like to try to create my own thing, which is very hard these days, because of the big number of other producers. So I am just focusing on what music I like actually, just producing whatever I want to do and seeing where that takes me.

There is another Dubstep producer who uses the name “Skepsist”. Is there any connection between your name and his?
Ola: Nope, there are actually others named Skepsis too. Kinda figured that out too late. Finding a unique name these days, that is hard. So I’m just going with it. In the Skepsist case, I figured it wouldn’t hurt anyone.

Have you thought about trademarking the name “Skepsis” so others can’t use it?
Not really. Some other dude sendt me a message that he owned the rights to the Skepsis name in Canada or something, but that he would not try to stop me in any case. I will deal with that if problems appear.

What can you tell us about the upcoming EP, Tales of Good and Evil?
Ola: Well, it is an EP of contrast. All 4 tunes have different tempos and sound, from chill piano tracks to Drumstep, so it fits with the name. Been working on it for quite some time now.  I started working on one of the tunes back in 2002, I think. That track is Into Temptation, with vocals from Synne Sanden. That track will be remixed and put on the EP.

What computer software/plug-ins do you notice you use the most?
Ola: I use Ableton Live for my DAW, so I use a lot of the plug-ins that come with it. I also use a lot of Native Instruments; Massive, and FM8. I’ve got a lot of plugins, most of which I rarely use. I also love Izotope, Thrash, and Ozone 5.

You’ve given a lot of your music away for free. Do you think this will continue?
Ola: For sure! I have lots of ongoing projects; collabs and some Chillout stuff that I will release for free.

What other artists are your greatest inspiration?
Ola: I love a lot of different Electronic stuff. I would say Shpongle is the one I love the most, or Infected Mushroom. In the Dubstep/EDM world it would be Skrillex and Knife party I have listened to the most, I guess, and BT. Lately I have listened to a lot of Flosstradamus, which rocks the Trap genre.

If you could do a collaboration with anyone, whether it’s a rapper, musician, composer or producer, who would you choose?
Ola: Shpongle. I have seen some videos from when they are in the studio. Awesome musicians, and they seem like cool people.

Since the Tales EP is going to be released very soon, do you have any plans for what you are going to release next?
Ola: I am currently working on a remix for a London-based indie rock band for their next EP. I sent them a demo of the tune so far, and got very positive reply today. Going to be kinda special, like psychedelic dub chill, with violas and s***. The band is called Crash Island, they’re not that big I think, but the tune is really cool.

Are there any other projects that you would like readers to know about?
Ola: I don’t have that many collabs lined up, but there will be a constant supply of free tunes along with the EP. Also, Savant is doing a remix for the EP.

You can listen to more Skepsis by looking him up on Soundcloud. The EP, Tales of Good & Evil, will be available from SectionZ Records on August 19.