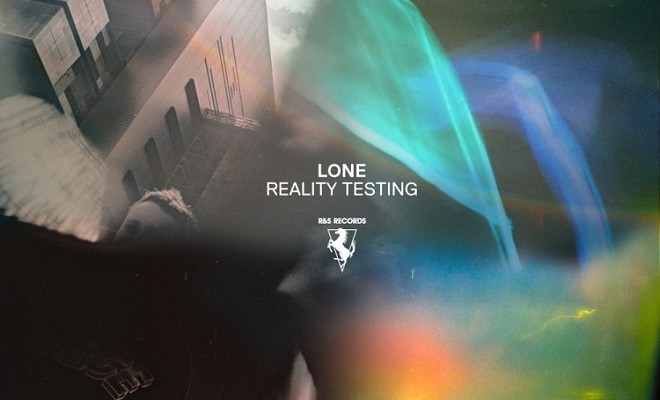 Nottingham, UK producer Matt Cutler (aka Lone) has been releasing music for 7 years now, and in that time he’s exhibited a knack for making stylized, mind-warping beats ranging from dance-oriented madness to sonic reveries backed by hip hop rhythms. The latter aspect of his work takes cues from the likes of Boards of Canada – said to be one of the pioneers of the subgenre that some of Lone’s work falls into, known as chillwave – particularly the focus on lo-fi production and the aim to make music that sounds aged, like weathered tapes of forgotten beats salvaged from the hallucinations of a bygone era. This style was notable right from the start, with his debut album Everything Is Changing Colour, and continued through his releases up until Galaxy Garden, when he seemed to favor clearer, more futuristic mixes for his tracks. Galaxy Garden seemed to be a more complex and multi-layered departure from his earlier work, so I was very curious to find out what kind of direction he would move in with Reality Testing – especially when he dropped the single “2 is 8” a little while back and showed that he was trying out some new ideas.

What this album turned out to be is a gentle fusion of everything Lone has done thus far, and as such, it’s a great collection of tracks in his signature style. Some of the songs hearken back to the Lemurian period with their laid back hip hop vibes, while other, faster-tempo tracks make a radiant return to the video game rainbow landscapes of Galaxy Garden. His work has always had a summer vibe to it, for me; very hazy, bright and shimmering, like the sun’s reflection broken up on the surface of the sea into so many glowing shards, and this album continues that trippy legacy. The radio static prevalent in many of the tracks adds another dimension to the atmosphere, making each song sound like they’re being broadcasted from the luminous beaches of a glimmering tropical dream from the late 70s/early 80s. And the result is an album that will lift you out of your head and up into the sky for a carefree joyride through the clouds.

The real surprise for me on Reality Testing are the beats that are a lot more straight up hip-hop-influenced than most of his other tracks, namely “Meeker Warm Energy”, “2 is 8” and “Jaded”, 3 of my favorites. It’s great to read interviews with him like this one from Pitchfork where he talks about working with the likes of Earl Sweatshirt, because I feel like good emcees like Earl could bring some extra magic to Lone’s instrumentals. The idea of an emcee rapping over his work teases listeners on “Stuck”, where we get a spoken word set of bars laid over an ambient background of wobbling synths and the sounds of a street. Hopefully these types of collaborations will happen in the future.

Two of the songs on here, “Airglow Fires” and “Begin to Begin” were released last year, and they fit in nicely with the rest of the tracklist; along with tunes like “Vengeance Video”, I’m feeling similar vibes to those he created for Emerald Fantasy Tracks. The balance of hip hop and dance rhythms complement each other well and make for a diverse listen.

I’m not without criticism for his work, however. I have three main concerns. One is that a lot of the leads he creates seem to lack truly memorable and tight arrangement. They instead come across as someone jamming on a keyboard and not really focusing on tight composition. But this is somewhat trumped by his excellent selection of synth sounds, and it’s the overall atmosphere and mood that these sounds provide that really define Lone’s detached, colorful, psychedelic style. Two, his tracks also lack progression; they seem to just be a series of beats/loops, which is fine, but it’s another factor that shows that an emcee would really do his work justice. And three, he seems to use the same kinds of jazzy chord stabs in most of his songs, and it would be great to hear him work more at creating his own.

The closer, “Cutched Under”, is another one of my favorites on this album, and is one of my favorite Lone tracks in general. Just pure, glimmering serenity, with haunting choral voices and drums that sound organic and crisp. It’s not an atmosphere I’m used to hearing from his work, but it’s a gorgeous venture into some new territory.

Overall this record feels like a formidable entry into Lone’s discography. There isn’t as much progression as I was hoping for – most of the songs hover around one central melodic loop and don’t morph and evolve the way they could – but nonetheless this album finds Lone very comfortable with the style he’s established, cranking out some of the best beats he’s ever crafted.