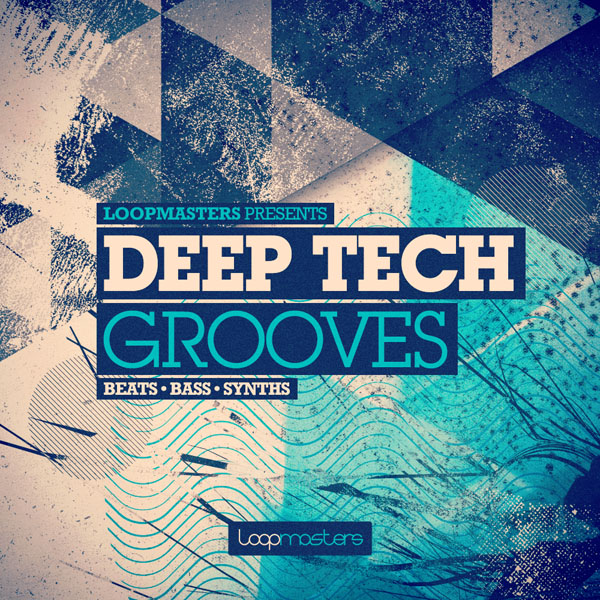 Loopmasters’ new, anonymously-produced Deep Tech Grooves package is well worth a listen for anyone who works with warmer, more melodic music styles. With over half a gig of single-hit and looping samples included in the set, it could quickly become a mainstay sample pack for deep house and deep tech producers.

Where Deep Tech Gooves really shines is in its loops section. It contains nearly 150 synth loops, somewhat arbitrarily divided into “Music,” “Chords,” and “Stabs”: all of them are well-written and gently processed, making them perfect for dropping into a track when you’re looking to add an extra bit of melody to the mix. As you’d guess from the pack’s name, the synths are on the deep and subtle side: there’s a heavy emphasis on off-beat chord progressions, soft plucks, and Rhodes-like sounds (look elsewhere if you want big-room lead synths). The bass loops are similarly deep and subtle; they’re not quite as musically interesting as the synth loops, but they’re very usable, especially with a bit of mixing-and-matching or duplicating-and-transposing. The drum loop section is also excellent, with a mixture of top and percussion loops that bring in some groove and swing when they’re dropped on top of a MIDI beat, as well as a set of full loops for quickly building a beat (it would be nice if they had marked which ones were which, though). None of the loops deviate from the (stereo)typical house tempo of 128 beats per minute, but all the transients are expertly quantized to the beat, meaning that there’s no problem in warping them to a slower or faster speed. As a bonus, the sample pack also gives you a set of construction kits containing ten collections of complementary drum and percussion loops.

As for the one-shot samples, Deep Tech Grooves kicks are tight and solid, its snares are crisp and crunchy, and its hats have a nice sizzle to them (there don’t seem to be any crash or ride cymbals included, though). The pack also includes a mid-sized but varied selection of percussion hits, ranging from metallic clangs to scratchy shakers to vocal slices, and a set of FX that tend toward sci-fi laser-beam sounds, but also has a few more standard white-noise gated sweeps and risers. The five sets of lead-synth multi-samples are perfectly fine, but don’t especially stand out (you could easily recreate them with any VST synth). Unlike their looping counterparts, the bass multi-samples focus more on rich, lower-mid-range sounds than on deep subs. Their character has a lot of warmth, but many of them could definitely benefit from layering a deeper bass underneath them. Everything comes both in raw WAV format and in sampler-specific packages for Native Instruments, Logic, and Reason users.