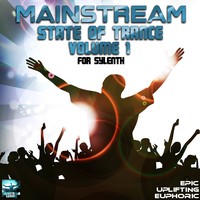 Mainstream Sounds are back with another Trance Monster sound set for Sylenth with 64 fresh patches. If your into Armin Van Buuren then you will love this sound set, AVB needs no introduction he is a Trance legend winning Top 100 DJs a record 5 times, including 4 consecutive years between 2007-2010 and again regaining the top spot this year 2012.