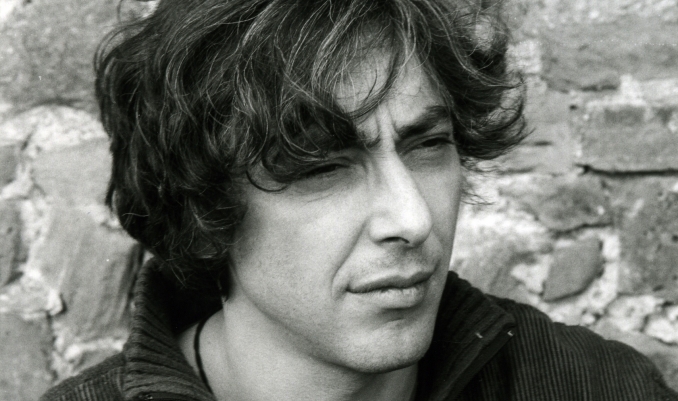 Maybe you’ve heard of David Moufang as the companion to Jonas Grossmann’s Deep Space Network. Along with countless projects such as Earth to Infinity, Reagenz, Koolfang and Conjoint. Then obviously as the solo musician behind Move D. From Heidelberg, Germany a city that looks as beautiful as a picturesque Renaissance painting. While the international realm of gifted forth-seers. If there were a lacking of a science fiction element to Mr. Moufang’s sound you must be listening to the wrong David. Because since he was inspired by the likes of Pink Floyd, the film 2001: A Space Odyssey and akin band Kraftwerk. He gives the impression of corrupter of novelist Neil Gaiman. At the hands of a technician that could modify motherboards to demonstrate time machines, Move D would be the registered DJ at the control center. Maybe more of a nerve system, compromising the very movement that we base our everyday existence on.

Before his tirade into electronic motion, he became a professional at percussion and guitar. After playing in bands, in a happy state, he fell into the ambient exposure. Since ambient has a more righteous counter part to the techno assurance. Many fans of say Brian Eno for example (that is before he started working with Coldplay) at least his early introductions to the movement was artistically captivating. Confused in an idea of how certain genre’s evolve, ambient has the widest range of impossible and possible conversations since it does not contain any based structure. You literally can start from anywhere. But one thing is for sure after David discovered Detroit Techno not only did his clubber card become certified member but did become the exact reason why he started on his own solo path.

If you were to look up all the albums, releases and remixes. The list my friend is not just a long one but an extensive attribute. Starting way back in 1993 (if any of us can remember the 90’s) but mostly we can, just not the dial up system that cam with the internet at the time. What is fascinating is that sadly just ten to twenty years ago, tape and vinyl were the primary go to equipment. Or hell you had earn a degree in electronic engineering to build loops to conquer the fact that you may or may not be at an impasse on the music you are trying to make.

When you get a foreign artist, sadly in the American company of music importing and exporting, many get overlooked. You either had to work at a record shop, be in the big bad boy industry of financing talent or find someone that was bootlegging extended copies of imports. Usually we resorted to the latter because otherwise we would never know about the people that would soon inspire our own coming to terms with what scratches we would want to replicate. So now that internet has become an ever booming circuit of reliable and not so reliable information.

For your enjoyment and with Move D it will be enjoyable, check out Move D in Mixmag’s DJ Lab.