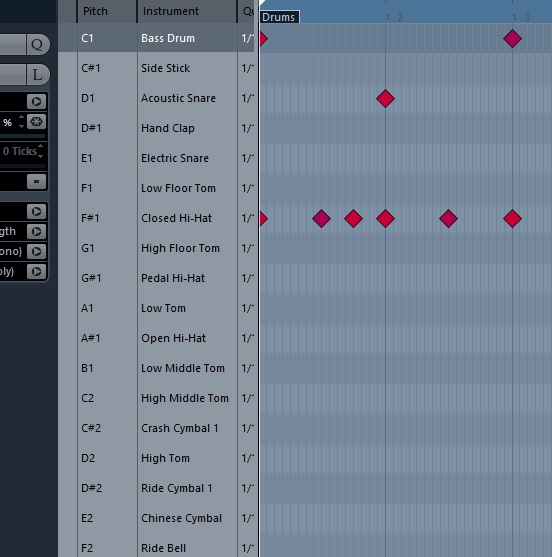 Peel Back The Layers

As EDM Producers, we can be painfully selective about our percussion. We can spend hours sifting through sample packs or adding effects to get just the right hit. Before you lose sleep on your project, when you haven’t even finalized the drum track, you should try layering. Effective layering is simple as long you keep a few guidelines in mind.

MOM! DAD! DON’T MAKE ME CHOOSE!
Firstly,  let’s examine how to go about choosing the separate samples to layer together. It’s wise to already have an idea of what kind of sound you need to end up with, but finding it is easier said than done. Anyone can say “this needs a bass-heavy 808 kick” or “it has to have a drawn-out decay”, but finding the right one is not so easy. That’s where layering makes the process more intuitive. Find a sample that has the main element you know it needs, whatever that happens to be, and start from there.

So, what about sample number two? We want to avoid choosing a similar sample, as it won’t bolster the essential sound as we might think it would. It will certainly sound louder, but that could have been accomplished just as easily by turning up the fader. Layering is an exercise in contrast, so we need to look for what’s missing in our initial sample. In EDM percussion, there’s three basic ways that samples will contrast, and any other aspects are probably just variations on the same theme.

OPPOSITES ATTRACT
The most obvious  contrast between samples is a focus in the low or high-end frequencies. For example, a kick from a live drum set will have a relatively light feel, and is most tangible at the low-mids to the mid-range. On the other side of the spectrum, a synthesized hip-hop kick will have a pounding low-end, often with a rolling bass following the initial attack. To understand how to utilize this odd couple, let’s take some notes from Rock’n’Roll. In Lenny Kravitz’ recording of American Woman, the engineer carefully layered an 808 kick underneath the drum kit, making it hit harder without sounding artificial. The same principles apply to layering in EDM, and this formula could be easily reversed to create a bass-heavy kick with a more tangible mid-range.

Getting less obvious, is a contrast in the quality of the decay. Let’s say we have a snare with a wonderful initial hit, but levels off to a decaying ring that’s either too short or that just sounds unpleasant. Still, we like it, so we should put a ring on it. Find another snare with a more pleasant decaying sound, layer it, and crisis averted. If dealing with a case like this, you should also consider using a compressor with a slowed attack on the second sample, to soften the initial hit of the ringing sample, and ensure that it  doesn’t conflict with the first snare or cause your levels to peak.

Finally, let’s think about the stereo image. Fairly often, hi-hats and other cymbals on an MIDI drum kit will have pre-assigned panning positions. Sometimes this is a blessing, sometimes it’s a curse. If you’ve found the perfect crash sample on a percussion plug-in, but it’s panned in the wrong place, layering can come to your rescue. By rule of thumb, it doesn’t accomplish much to layer the same sound twice, but in this case, placing a similar sample at center or opposite from the dominant sample could help. If a heavy, full crash is panned too far to the right, then a simpler crash panned away from it can improve the balance. Also consider using completely different type of sample, such as a high-hat or stick panned to center, to only bring in the initial hit.

DON’T REASON WITH IT, JUST DOMINATE IT
Once the selection has been made, the next guideline is about coming to terms with a balancing act. We’re using two or more samples for one sound, and something’s got to fade into the background. When layering percussion, accept quickly that one of the samples you choose is going to reveal itself as dominant, the other layers are there to fill out the sound. Don’t make yourself crazy trying to make two or more samples loud enough to all be heard.

To some, layering feels unprofessional, but it’s just another tool, to be used whenever needed. The final mix is what matters, and techniques like these are only cheap if they are used too often or at the wrong time. Don’t feel like layering is a work-around for novices without an elaborate sample library. It’s used by everyone from well-paid industry professionals (like the engineer for Lenny Kravitz) to people making their very first EDM mix.