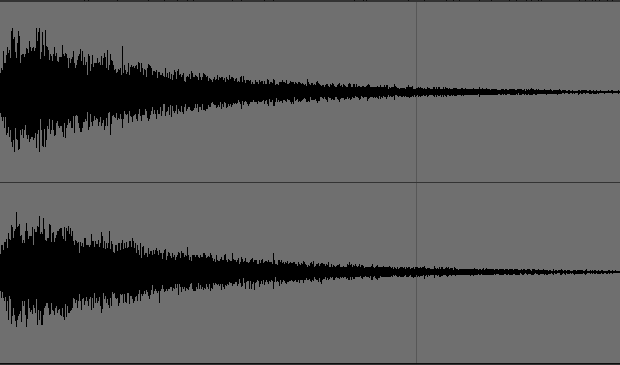 Along with compression and equalization, reverb is one of the most important effects in an EDM producer’s toolkit. A reverb plugin generates a series of echoes from a source sound. Used subtlely, it adds depth and space to a mix; more extreme settings can completely transform the source sound. Although they all have the same essential function, reverb units are usually categorized based on their sonic characteristics.

Halls are the “largest” of the reverbs. They simulate the effect of playing the source sound in a large listening space — like a concert hall or auditorium. Hall reverbs tend to have a long, strong tail (the echoes produced as the sound bounces and scatters around the space). This makes them perfect for adding a sense of ambiance and space to a sound; unfortunately, it also means that they’re prone to muddying up the mix. Use halls on shorter, more staccato instruments like pluck synths, stabs, and pianos, or co-opt that long reverb tail and use it to wash out vocals to the point of unintelligibility. That said, a touch of hall reverb on a bus or return channel can sometimes help to glue a mix together.

Insofar as there’s an all-purpose reverb type, room reverb is it. Room reverbs generally simulate smaller spaces than halls, and have stronger early reflections (the echoes produced by the source sound’s first bounces off the walls). The spaces they emulate can range in size from a washroom to a large nightclub; this versatility means that room reverbs work well with many different instrument types. Use a room reverb to give some spaciousness to vocals, or to push pad synths and strings into the background of the mix. Send the snare drum to a long room reverb to give it that epically echoing sound, or use a shorter setting to smooth it out and add ambiance. Putting a room reverb on a return channel, then sending multiple instruments to the channel, helps to tie the mix together.

Instead of simulating a 3-D space, plate reverbs recreate the effect produced when the source audio vibrates a large, semi-flexible sheet of metal. The resulting echoes are fast, dense, and short-lived. Plate reverb plugins are great for instruments that are front and center: use them on lead synths, vocals, snare drums — anything to which you want to add depth and fullness without pushing it backwards in the mix.

As the name implies, a reverse (or inverse) reverb creates a backwards series of echoes from the source sound. Until we make some major advances in quantum physics, a real-time reverse reverb plugin is going to be tricky to develop, so this effect is usually produced by recording the reverb tail and reversing the recording. There are a few inverse reverb plugins, however, that create an approximation of this effect by applying a slow-attack envelope to the beginning of the reverberation. Spring reverbs resemble plates, but use an emulation of a coiled spring instead of a plate. They have a distinctive squelchy, boingy sound that’s best used sparingly. Chamber reverb plugins emulate small, specially-built studio rooms designed to create echoes; they usually fall somewhere between a room and a plate in their effects.