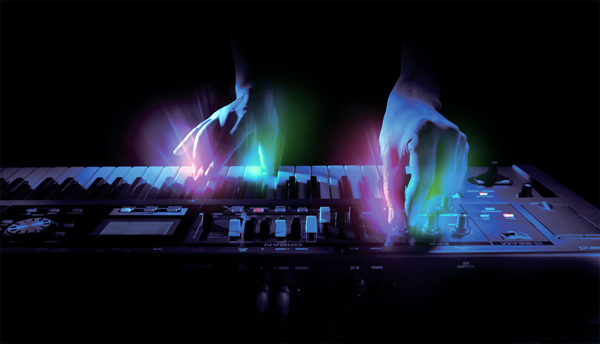 Any keyboard player that has ever had any difficultly or wants to expand their horizons in the Roland synth technological world. Will not only be happy to hear about this but at the 2013 NAMM show the company Roland has released their V-Comb VR-09 all-in-one performance keyboard.  While we’ve seen a few people compose on their ipad, their is even an editor app. With the app you have the entire engine control room that belongs inside of the performance keyboard itself. You have the huge range of vintage classic to modern and experimental con-figurative tones. Real time controls in seven effects. Also a series of files to hear back the music you’ve created, whether it’s WAV or Mp3. Not only is it sleek but even with the twist and turns it doesn’t give off a bulky structure. Similar to a dj’s nest this is a dedicated instrument for the functional expert.