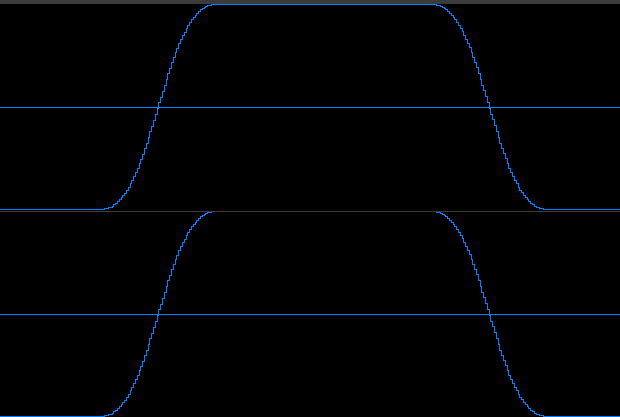 Soft clipping is a fantastic technique for adding warm harmonic distortion to your audio, giving the sound a much more “analogue-y” feel than digital distortion does. Before throwing on a soft clipper, though, it’s important to understand what clipping is, why hard clipping (usually) sounds bad, and how soft clipping is different.

Your DAW measures volume levels using a system of decibels relative to full scale (dBFS). 0dB is defined as the topmost point of this scale: it’s as loud as anything can possibly go without becoming distorted. If you push the gain of an audio source up so that its amplitude goes above this 0dB point, the DAW will “clip” off the top portion of the audio’s waveform: the curved top of a sine wave, for example, will be flattened down into a straight horizontal line, making it look and sound much more like a square wave. The abrupt juncture between the normal waveform and the clipped portion, and the high harmonic frequencies that are generated, can make the audio sound extremely harsh and fuzzy.

Soft clipping avoids this harshness by gently transitioning between the unclipped section of the waveform and the clipped section. When you apply soft clipping to a sine wave, then look at a visual representation of the waveform, the junction between the normal, curved portion of the wave and the flat, clipped portion will be curved rather than transitioning at an angle. Although there’s still distortion, it’s much less harsh-sounding than it would be if you hard-clipped the signal: it generates fewer high-pitched harmonics than hard clipping does, and the gradual transition to the clipped part makes the audio sound much smoother and warmer.

Use soft clipping to add weight and warmth to your sounds: drums and bass synths can sound especially nice if you run them through a soft clipper. When you’re mastering a track, a bit of soft clipping on the master bus adds that extra crunchiness and loudness to the mix. Whichever way you’re using soft clipping, remeber that a little goes a long way. If you want to try out a soft-clipping VST plugin, check out the free NCL Basic Soft Clipper or GClip; commercial soft clippers include IK Multimedia’s Classic Clipper and Stillwell Audio’s Event Horizon. Many compressors also have soft-clipping functions built into them.