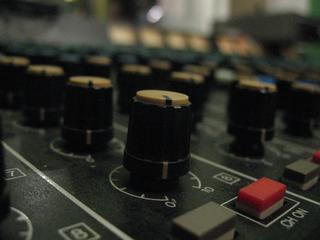 Split the Panning, Expand the Sound

If you’re having trouble making your mixes sound full and powerful, this article will go over one of the many methods for filling out your sound. It’s one of the simplest music production techniques, but one of the most effective. It can be applied to Electronic Dance music, Dubstep, Hip-Hop, or any other genre. It can also be done with almost any music software, from Audacity to Reason.

THE TECHNIQUE
Let’s say you have a synthesizer lead for an electronic music song that needs to sound heavier. Raising the levels and moving the synth lead further in the mix isn’t quite doing what you want. It gets louder, but it doesn’t sound any more powerful. So instead of continuing to push your fader higher, try using an old music producing trick.

First, copy and paste the track onto another separate track. Take that synthesizer lead and make a carbon copy in your music software’s timeline so that you have two identical synth leads. For now, be sure that the duplicate has all the same effects applied and has the same EQ settings as the original. This the perfect time to be using your sends and auxiliary effects to keep a uniform sound.

The moment of truth happens when you take one of these tracks, either the left or the right, and move it forward in the timeline by just a few milliseconds. Around 10-20 ms. is the usual sweet spot for expanding the sound. Anything above 30 ms. is pushing it, unless you’re going for a sound that’s a little bit disjointed. Using this method will make the sound seem to surround the listener, and you’ll quickly notice that it feels dramatically bigger and more powerful. The difference is even more perceivable when listening to a mix while driving in the car, or while using headphones.

THE USES
You can utilize the method in limitless ways. For electronic music, this technique is most commonly used for synth chords. It can be used with solo synth leads, but it usually sounds more natural if used on a part with harmonies. It’s also an effective way to broaden the sound of a choir, string section, or brass section, whether it’s from a recorded sample or a MIDI instrument. If your mix has a pad synth, this is a fantastic way to make it perceivable without intruding on your other sounds.

This method was pioneered mostly by Heavy Metal producers years ago. It’s how they make the rhythm guitar sound huge while still leaving room in the mix for the vocalist and the guitar leads. There’s no real benefit from attempting to duplicate and split a bass section or percussion, except maybe a layered clap or snare drum. For an eerie, otherworldly effect, try it on your vocals.

THE TWEAKING
Even though they can, the two duplicate tracks don’t have to sound identical. Experimenting with the EQ on one side or the other can make for some interesting sounds. Try dropping off some of the mid-range on one side, to keep the resonant frequencies audible while opening up some headroom for more sounds on that side of the stereo image. By using dramatically different settings on each side, you can potentially make the sound of two different instruments playing in unison.

Reverb effects are helpful for making the spatial effect even greater. Applying a reverb effect to both sides, but adjusting the reverb time on one side to be just slightly longer (around 30-50 milliseconds) simulates a large venue such as a chapel or an arena. Using a small amount of reverb on one side but leaving the opposite side dry lets you fill out the entire stereo image, while still emphasizing one side or the other.

Obviously, this one method won’t magically turn every mix into something that sounds professional, but music production techniques like these will bring you closer. Experimentation is key when you’re trying to produce great music at home. One of the most common questions a person who is learning to produce electronic music asks is “How do I make it sound bigger?” and this is a good place to start.