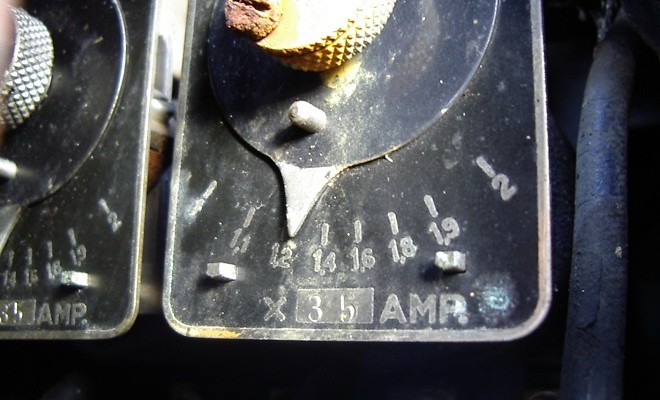 There are many ways in which you can use distortion in your productions; from just adding some subtle warmth to your pad sounds to the creation of ear-bleed lead lines. There are also various possibilities to explore in terms of hardware as well as software. Below we take you through a few choice techniques that could really help to add some great texture to your recordings.

Unfortunately we can’t all afford a studio full of analog synthesizers. Digital synths (whether software or hardware) are great in many ways, but can often sound a little cold and clinical. There are various ways you can add a little more analog style warmth to a synth sound by adding a little distortion. One way to do this is to run your digital synth through some analog hardware, and this needn’t be particularly expensive. The valves and audio transformers in many vintage preamps are specifically designed to add warmth and character to an audio signal. There are also now many modern preamps that aim to do the same thing at prices that won’t break the bank. You don’t necessarily need to use preamps either – a decent analog compressor can add some great warmth to a synth sound, and obviously you can use it as a compressor as well, so you can squeeze a couple of applications out of one box. Maybe try something like the JoeMeek oneQ2; an example of a piece of hardware that can add some life to your digital synths and has multiple further applications too.

If hardware is out of the question for the time being, then you can replicate some of these tricks with plug-ins as well.  Running your synths through analog modelling compressors and EQs can really do a lot to warm up a tone. There are plenty of great examples on the market, UAD go to great lengths to emulate analog hardware and have some of the most accurate sounding plug-ins around. Waves’ signature series is also worth a look; the Kramer HLS EQ and PIE compressor sound great on synths, really helping them to sit in the mix.

So how do you go about getting a really, truly distorted sound? Again, one of the best ways is to use analog equipment, and there are a number of reasons for this. The physical act taking your digital synth soundout of your DAW and putting it through an amp can really add a lot of life to it. This is partially down to the fact that you’ll be miking up the amp and thus adding the sound of the mic and the room into your tone. It’s also because, rather than just emulating the sound of an overdriven a piece of hardware, you’ll actually be doing the real thing! You don’t need to invest in a massive amp for this – in fact, the smaller the amp, the better if you’re going for a distorted tone. This may come as a surprise but many of the biggest sounding riffs in rock history have been recorded on tiny amps. The reason for this is simple – it’s much easier to overdrive a low wattage amplifier. For example the then-groundbreaking distorted guitar sound that The Kinks used on ‘All Day And All Of The Night’ was recorded on a tiny 10-watt Elpico amp. Led Zeppelin’s Jimmy Page routinely used small amps in the studio to create his massive guitar sound. You can often pick up a small amp such as a Fender Champ, or Gibson GA-5 for $300-400 second hand, or you could simply borrow an amp from a guitar-playing friend. The Sure SM57 microphone is pretty much the classic close-mic for guitars and can be picked up for under $100 – a really decent investment for any home studio.

An obvious alternative to putting your synths through an amp, is to use a guitar FX pedal, and many acts do this incredibly effectively. Of course you can again do all of the above through software, generally much cheaper than going the hardware route, and amp modelling software really has come a long way in the past few years. Native Instruments’ Guitar Rig 5 is a great piece of software with some very interesting presets to get you started, and Amplitube are doing some interesting things with their ‘Custom Shop’ series. If you’re a little unsure about shelling out your hard earned cash there are actually some really decent quality amp modelling plug-ins available for free. Try the offerings from Ignite Amps, LePou Plugins or TSE Audio – you’ll be surprised at what they can add to your tracks.

Amp modelling software is one way to go, but you could also invest in some dedicated distortion plug-ins. There are endless options available but one or two really do stand out from the crowd. The ‘Decapitator’ from the consistently brilliant Sound Toys is a wonderful analog saturation modeller that works wonders on synths, drums, even vocals. It’s also worth investigating the range of distortion plug-ins available from eccentric French developer, Ohm Force, in particular the ‘Ohmicide’. These plug-ins have the stamp of approval from the likes of Skrillex and Depeche Mode’s Martin Gore – and it’s safe to say that those are artists who know their way around a nasty sounding synth!