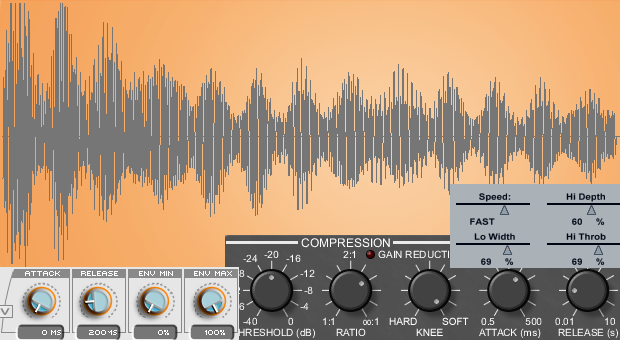 An audio effect plugin changes the characteristics of a sound; these changes can be drastic or subtle. Use audio effects creatively as part of the sound design process, as well as to fit different sounds together during the mixing phase. When you’re ready to expand beyond the set of plugins that came included with your digital audio workstation, check out these free collections of advanced audio FX engine.

Some of Bram’s plugins are more useful than others (the April-Fools-Day Anechoic Room Simulator plugin literally does nothing), but the collection includes several of the most creative free VST audio FX available. SupaPhaser is a powerful phaser plugin, while Crazy Ivan turns audio input into mind-bending, ear-blasting sound effects. SupaTrigga automatically cuts audio into slices; you can then specify the probability that the plugin will re-arrange, reverse, slow down, or repeat any given slice. This kind of algorithmic glitching effect sounds fantastic on drums, acoustic guitar, or anything playing discrete single notes. The s(M)exoscope plugin is a useful waveform visualizer, and Cyanide is a basic but nice-sounding distortion effect. Bram’s FX are available for both Mac and Windows.

The MDA plugins may not have a fancy user interface, but their light footprint, high quality, and often unique effects make them extremely useful for producing in a DAW. The Leslie plugin simulates the rotating effect of a Leslie speaker; stick it on a guitar line for a swirling, watery sound. The RoundPan effect makes the input audio seem to rotate around your head, while the Dub Delay plugin is perfect for making long, echoing dub-style snares. The MDA plugin pack also includes several distortion effects, a pair of vocoders, a set of dynamics-processing plugins, and two stereo image manipulation FX. MDA plugins come in both Mac and Windows VSTs; many of them are also available as Mac Audio Units.

The Kjaerhus Audio Classic Series collection of audio FX contains some of the best-sounding free VST FX out there. The chorus plugin gives a rich, full sound to lead synths and vocals; the compressor effect has a nice, full sound, especially for drums. The versatile delay plugin offers tape, analog, and digital delay modes; it also incorporates a ping-pong setting and high/low-pass filters. Kjaerhus’ Auto-Filter plugins is great for creating spaced-out filtering effects, and the graphic equalizer works well for warming up sounds in the mix (it’s not really designed for precise sound-shaping, though). Basic but usable flanger, limiter, phaser, and reverb plugins round out the package. The developer no longer supports these plugins, which are only available for Windows, but they’re still downloadable from third-party sources.