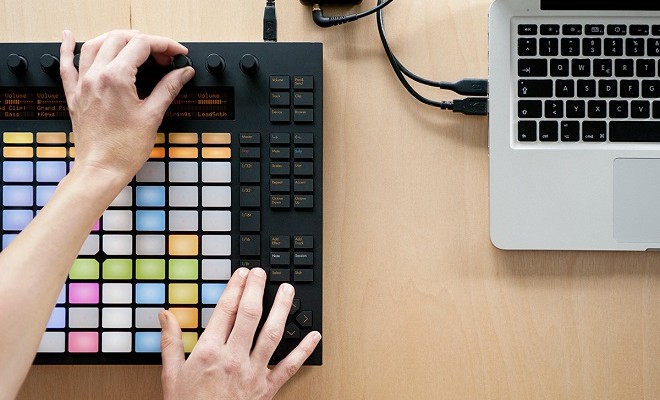 The Importance of Experimentation

Often times, when new producers get started on their own tracks, they tend to mimic some of the artists that they deeply respect. This is completely logical and natural: if the formula for making such excellent music works for them, then why shouldn’t it work for you? It’s good to have influences that can serve as a foundation for your own material. With a clear starting point you’ll know what direction you want to progress in, and you’ll pick up all kinds of new tricks and ideas along the way.

But to what extent should you be focusing on trying to make your own work sound like that of your influences? This is a good way to start out, but eventually you’re going to have to break away and do your own thing.

To give you an example, when Trent Reznor started out with Nine Inch Nails, he was working mainly with industrial, a style of music popular in the underground in the 80s and early 90s. His early work was somewhat similar to what other industrial artists around that time were doing, and he made some legendary contributions to this style. But as he progressed as an artist he started to work on much more experimental, personal sounds, beginning with The Downward Spiral, a milestone of his creative output.

Noisia is another great example of this; the Dutch trio have been releasing drumnbass bangers and remixes in other electronic music styles for more than a decade, but on their 2010 release Split the Atom, they demonstrated a clear desire to evolve and experiment with new and exciting textures.

Many producers, bands and singers work with this strategy, and it’s one that you’re likely to follow too. However, it’s very important to remember that if you really want to have an impact and be noticed in the music world, you have to be willing to try out new ideas, you have to think about how you can use that experimentation to begin to craft your own unique style, and you have to be willing to invest the time and effort to bring those ideas to life. I’m not saying that you have to make really weird and inaccessible stuff, I’m just saying you’ll feel a lot more confident about the work you’re doing if it has your own personal twist to it, something that’s unique to you yet still gets the crowd moving. Here are some tips for making that happen.

Do some thorough research. Listen to as much music as you can. Not just stuff within the genre that you’re working in, but all kinds of music, anything that you respect and enjoy. Take notes on the aspects of those styles that you find most appealing, the aspects that you’d like to add to your own signature sound. It might be the type of bass they use, the way the drums are mixed, or the textures that certain instruments can provide. Whatever it might be, jot them down and mix and match them in your new songs. Combine elements that might seem incompatible, just for the sake of hearing it and seeing what happens. The more you do things like that, the wider your boundaries stretch, and the more capable you’ll feel about trusting your intuition about experimenting with new sounds and strategies.

Socialize and network. We live in a time when this has never been easier; the Internet is your gateway to huge communities of music producers – amateurs and experts alike – and you could be using these resources to pick some brains and learn about all kinds of new things. To get you started, here are some popular music production forums I know of:

Signing up for any of those sites is free and there are tons of people on there that can help you with anything from experimenting with new sounds to much more technical things such as the best mics to use to record vocals, the best VST plugins around, and anything else.

If you’re more into the idea of socializing in person, look around for music production classes in your area, and take one. Not only will this help you learn new techniques and tricks, you’ll be able to make friends with fellow producers and your teachers will have a wealth of information for you to absorb. Hearing other people’s opinions on music production can really help you reflect on your own and move towards developing your own original sound.

Apply what you’ve learned to new projects. It’s one thing to read about experimentation, to talk about it, to conceptualize your progress with it – it’s quite another to get into your DAW of choice and put the things you’ve learned to the test! Make sure you don’t get too caught up with analyzing the best approaches to trying out new sounds and methods, because you can easily get bogged down with it and end up worrying that you’re not going to be able to live up to your own expectations, or those of your fellow producers. Don’t even worry about that. Every time you learn something new that you can apply to your music, go for it! Make a drum loop using the effects combinations your friend told you about, warp and distort a saxophone sample to get a noisy synth-lead-sounding texture, record sounds from real life and see how they can work as atmospheric textures in your mix, anything you can think of. You have to have the determination to make sense of the things you’ve learned, to adapt it to your own creative work and really run with it. And that point brings me right to the last and most important point.

PERSIST. Obviously, if you’re experimenting with weird sounds and ideas, chances are they’re not going to sound all that great right off the bat. They might sound silly, ridiculous, hilarious, or just plain awful. But that’s part of the fun of experimentation! Eventually you will discover that you’ve created bits and pieces that you can really use in your new songs, and that’ll give you the motivation to continue to experiment, and it will excite you about the new direction of your work. You have to allow yourself to make mistakes, to stick with trial and error until you get something interesting. The more you strive to find ideas worth implementing into new tracks, the more successful you’ll be at it. So keep going until you finally strike gold.

Experimentation is an approach to art that allows you to create without limitations and come up with things that have never been done before. It’s great to have a framework to get started in, but once you’re ready for the training wheels to come off and start veering off on your own, you have to be prepared to explore uncharted territory and claim it as your own.