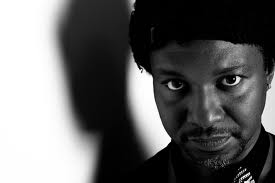 Today’s DJs All Try To Sound The Same

I have to agree on many levels as my experience hearing dj’s over the last 5 years or so has been anything but mediocre. Don’t get me wrong, there have been some really special nights when seeing some of the guys who have been doing this for decades, but when it comes down to most of the up and coming, they all fell short. It’s almost scary how similar everyone sounds these days. No one takes any risk or even deviates from the bpm for that matter. It’s gotten to the point that I don’t even bother going out to listen to anyone new. To me, it’s a waste of time and money.

Welcome to the age of the boring DJ.

Crossfade: What were the most important things that the Belleville Three imparted to you as an artist?
Stacey Pullen: Derrick was my mentor. Kevin gave me the first chance to be on a record. Juan was always a mystery.

And how did the Detroit techno scene as a whole shape you artistically? Is there a sense of community as far as exchanging ideas and collaborating with other artists there?
Back then we had radio, we had dance shows on TV and a club. We are like a broken family. We love each other, but some of us don’t get along. But we still manage to hold the family tightly.What prompted you to launch your own label Blackflag? What is the ethos or mission statement behind the label and what criteria do you use to select artists and material for release?
I started Blackflag in 1998 as a tool to release my own music and no other artists — sort of what KDJ Records and Axis Records have become. Then I got into a major-label licensing deal that really held my label back, so I lost time because of the deal and just recently got the rights back. So I revamped the label and now will release from other artists. Basically, if I feel I can play the track that’s submitted, then I would consider releasing it.
How was Detroit’s Movement Festival for you this year? Do you feel that the original spirit of the festival and its identity are still intact after all these years?
Movement had its best year so far. It took a while for the festival to build an identity, because of all the politics that occurred during its first few years, but now it’s one of the best festival in our genre of music.Besides Movement, what have been some of the highlights of 2012 for you so far? And what do you have in store for the rest of the year? Any forthcoming projects or releases?
Being involved with Marco Carola’s Music On nights in Ibiza this season has turned out to be a great thing. I have more releases from myself, with remixes by Martin Buttrich, coming up later this year, and re-releasing my classic “Sweat,” along with new tracks from Sergio Fernandez, Tony Dee, Nathan Barrato, and more.

The definition of techno has mutated and spawned all sorts of offshoots over the years and across international lines. What is the definition oftechno for you in 2012? And where do you see this music headed in the next decade?
My definition has always been to be innovative in your thought process, and being ahead of the curve. As long as we have new up-and-coming producers and new exciting projects, then the music stands a chance.

You’re headlining alongside the Mobilee Label’s Anja Schneider in Miami on Friday. What are your thoughts on the techno scene in Berlin and the way the German community has adopted the techno music that you helped pioneer in Detroit 20 years ago? Are you personally happy with their interpretation of techno music, or do you have any criticisms?
I really feel that now most of the music and DJs coming out of Berlin have become based on a one-dimensional ideology of new-school techno. It’s definitely lost some soul to it, because they all try to sound like one another and they really don’t take risks when it comes to DJing. Most are scared to challenge themselves to tell a story while they are producing and DJing.

I’ve heard so many tracks using the same samples, and most of the tracks are good tracks for a couple of weeks, then they are gone. I really think that some are producing too much and they don’t even know why they are producing so much. I think that they think that they have to release everything just so they can stay relevant. But on the other hand, there’s some great labels that are releasing good music based on their sound and direction.