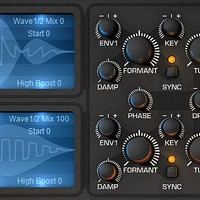 In light of our recent Rayblaster synthesizer release, we are now looking for some original demo songs, to show us what YOU can do with Rayblaster and its factory presets.

A nice chance to show your producer skills, check out what Rayblaster is capable of and at the same time win Tone2 products!

Download the Rayblaster demo from our website and produce a short demo song, using only the factory presets. Already have the full version of Rayblaster? we encourage you to compete as well.

The best three songs will be picked by us, win their prize and will be featured in the product’s MP3 demo.

The deadline for submitting your demo is December 27th, 2012.