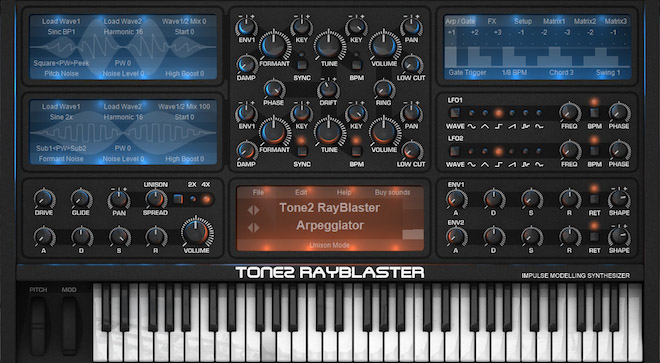 There are an insane amount of VST plugins out there – so many that it can be very hard to sift through them all to find just a few that truly offer what you’re looking for. You can find plenty of free ones, and some of them will actually turn out to be great (something I’ll cover in a later article), but sometimes you just need the quality and assurance you know you’re going to get with a purchased product; that’s when it’s time to start thinking of looking for premium plugins.

The truth is there are lots of awesome ones to check out, and it’s easy to get confused as to which ones are best suited for you. What you want to do – aside from downloading the demos and giving them a try on your own, of course – is research as much as you can, read plenty of reviews on each plugin that interests you, and go on YouTube to watch videos of the plugins in action, until you figure out exactly what you need.

To narrow it down for you a bit, here’s my top 10 premium plugins you should look into.

10. LFOTool – This one is great for less experienced producers who want an easy-to-use plugin to help them work on bass wobble for dubstep and drumnbass. It shows you how you’re changing the sound waves through a very straightforward interface and will help you get the hang of basic sample-tweaking features like tremolo, noise gate, and side chain compression. You can change the LFO wobble by BPM, and it has a swing feature to give your synths a bangin’ groove. It also comes with lots of presets, so you’ll be able to see the different types of sounds it’s capable of producing, giving you plenty of foundations for you to start from.

9. Robotronic – This is a great vocoder plugin with a stylish, simplistic interface. There are so many good ones out there, but this is the one I’ve used the most; if you’re looking for a straightforward vocoder with great sound quality and plenty of features, this one is worth looking into. Make a track with it in your DAW of choice, record a basic vocal bit straight into it and make it into anything you can imagine. A lot of fun to play with.

8. RayBlaster – This is a great softsynth that facilitates the creation of innovative textures. It comes with over 500 different sounds on its own, and you can also load in your own samples to work with those as well. Many of the sounds it comes with are great, but what makes RayBlaster stand out are the ways it lets you tweak those sounds to come up with some very odd and intriguing creations that will definitely inspire you. It’s lower on the list because there are much better softsynths out there, but the unique sound manipulation RayBlaster offers is undeniably cool.

7. Enzyme – This is a recent discovery for me but I think it’s really interesting. It’s also pretty complicated, but if you’re the type that enjoys pressing all the buttons and tweaking all the knobs to see what kinds of sounds you’re able to generate, this plugin will likely be a lot of fun for you. It’s capable of making some extremely weird sounds, due to the complex ways it allows you to manipulate samples, but that’s the fun of it – you’ll be making noise unlike anything you’ve heard before, and it will really get your creative juices flowing as you imagine what kinds of tracks these sounds would complement best. Definitely worth a look for more experimental producers.

6. Waves – Like Izotope, I’m listing the name of the company because they have so many plugins to check out, and they’re all really useful and renowned. Waves offers a lot of audio cleanup plugins, also like Izotope, but they also have innovative originals like an analog tape simulator (the J37 Tape – recreating the recording quality that legendary bands like the Beatles used) a powerful maximizer, a bass optimizer, and mono-to-stereo emulation, just to name a few. Waves is a company that’s great at what they do, and any plugin you get from them is guaranteed to improve the sound of your mixes.

5. Izotope – I’m listing the name of the company itself here because they have a variety of plugins available, all of which are worth looking into. Izotope specializes mostly in plugins that will help you with the mixing and mastering aspect of music production, and they’re absolute masters of this aspect. Whether you need audio analysis, sound quality enhancement or vocal production effects, Izotope’s got you covered. An extremely effective and useful plugin they offer is RX, which will help you clean up recordings with a lot of ambient noise – so if you’re recording vocals or any physical instruments in a room that has some echo or sounds from outside trickling in, RX can help you get rid of that noise. That’s just one of the many plugins Izotope offers, and looking at the rest of their stuff is highly recommended.

4. Alchemy – I haven’t used Alchemy as much as I would like to, but from what I’ve experienced thus far, it’s a great tool for creating innovative tones and textures, and all the samples that come with it are all of excellent quality. There’s everything from more organic instruments to straight up alien-sounding pads that will help you create some incredibly strange and beautiful instrumentation for your beats. Camel Audio has several other plugins you can take a look at, but Alchemy is by far their crowning achievement. They offer 28 different sound libraries you can purchase too, covering a wide range of genres and moods. It’s a bit pricy, but it’s well worth it, you’ll be spending hours on end experimenting with it.

3. Addictive Drums – I don’t know a whole lot about drum plugins, in all honesty, but I do know that this one is held in very high regard within the music production world, and with just cause; Addictive Drums offers some of the cleanest and sharpest drum sounds available. It’s been used in music for TV, video games, and plenty of songs on the radio and in the clubs, because there’s really just nothing else like it. Recently they released version 2 of their amazing software, and it’s absolutely worth every penny. Not only does it have an extremely helpful and easy-to-follow interface, they offer all kinds of sample packs for tons of different styles of music, so you can get just the right drum sound for whatever you’re recording. Electronic music producers love this thing, but also, if you’re a lone guitarist or a band that doesn’t have a drummer, this plugin is so effective that if you use it in your recordings and don’t tell anyone that it’s not a real drummer playing, they would never know. If you’re in the market for the best drum plugin around, look no further than Addictive Drums.

2. Absynth – This is a VERY close runner-up to the #1 spot. Absynth is one of my all-time favorite plugins. Are you tired of the same kinds of samples that every softsynth seems to have? Are you looking for something powerful enough to help you generate all sorts of refreshing and bizarre sounds that will bring your tracks into all-new territory? This is the plugin for you, then; Absynth isn’t just for sequencing synth loops, it’s a tool for very effective and versatile sound design. You can make textures with this plugin that you just can’t get anywhere else. Not only that, but the newest version comes with around 2,100 presets, which is way more than enough for you to get an idea of what it’s capable of. Absynth 5 has a new feature called Sound Mutator which lets you apply specific adjectives in the form of tags from a list in order to transform any sound into exactly what you’re looking for.

1. Massive – This is just an all-around monster of a plugin. You really can’t go wrong with Massive; it has so many presets, so many parameters you can tweak to make your own unique sounds, great quality, and is overall just a joy to work with. When it comes to softsynths, as far as I’m concerned, this is the top of the line. Anything from fat, warm bass throbs to soaring, sparkling synth leads, you can make it all with Massive. I almost don’t even know where to begin explaining all of the features it has, there are just so many worth mentioning – the most important thing to know is that whether you’re an experienced producer or a beginner, this will be one of the most important digital tools you could possibly add to your arsenal. It comes with so many presets, and producers are coming out with their own preset packs regularly (like this one by Gigi Barocco I reviewed not long ago), so you’ll never stop finding new sounds to work with. Native Instruments really knows what they’re doing when it comes to beat-making, and Massive is a great investment to help you develop your sound and style in completely new ways.

I hope I’ve provided enough information to help you get started, and I hope some of these pique your interest and end up helping you grow as a producer and make some great new tracks.