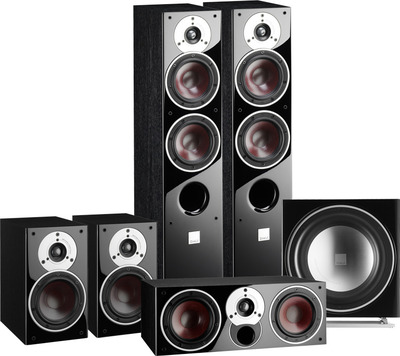 With the introduction of new sound technologies and platforms in recent years, there’s been a reduction in the amount of coverage that hi-fi systems have received. The good news is that there is some great stuff out there at the moment as the shift to digital media opens up the functionality of systems across the board. The following systems represent the market’s finest equipment thus far in 2012.

This Denon system may not be new to the market but its reputation as one of the most nuanced systems has held up strong against the introduction of new competitors. What keeps the Denon in top ten lists everywhere it its ability to convert iPod output into analogue sound itself, interacting through the USB port on the system’s front. The sound quality is therefore superior, with the system’s strength lying in its treble.

This multi-room system which takes the crown does so due to its functionality as well as the ease of installation. With six inputs, four of which can be used simultaneously, the Cambridge Audio Incognito easily beats the competition.

The Cambridge Audio Sonata is unique because of its ability to stream lossless quality music in studio quality. Unlike many similar pieces of kit, scrolling through your library is made simple due to its compatibility.

A great value set of floor-standing speakers, the Zensor 5 set sees some very advanced technology introduced to the mid-market. The key here is the wood fibre construction.

While Marantz are better known for producing superior quality separates, their micro-system is certainly not to be sniffed at. The system supports AirPlay which sets it apart from most competitors and its looks are undoubtedly an improvement on most.

This system takes the simplicity of aesthetic design of the famed ‘Zeppelin’ and gives it a kick of functionality. The bass on the system is deceptively superior and the hidden DVD drive makes it worth the extra cost.

The inclusion of this Pioneer on the list is due to its simplicity. The convenience of the system sets it apart from competitors as it is not only compatible with a host of devices via its dock but can also access the internet and connect to various streaming services.

The price tag might put you off but all stockists of Hifis and TVs will tell you that this amp’s worth will far exceed what you pay for it.

There was no chance of us getting through this list without touching on a docking system and here it is, the Sony CMT-CX5BIP. The sound quality on this unit is more than satisfactory for its place in the market and with a range of auxiliary connections you should have no trouble hooking it up to any device.

And so we arrive at our first separates system. Beginning with an outstanding amplifier and combining it with outstanding speakers is a fool-proof route to a great system. The connectivity of the amplifier is superb but if you require a CD player to complete the set, the CDS300 is the perfect accompaniment.

If you are interested in purchasing any of these HiFi systems, visit the Richer Sounds website. Or alternatively visit the store for more some face time with their experts.