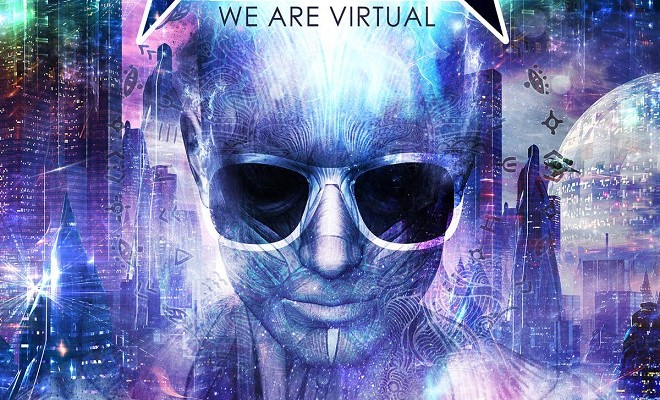 Xilent – We Are Virtual (Album Review)

Polish producer Eryk Kowalczyk, also known as Xilent, has gained quite a bit of praise for his music over the past 5 years or so. He’s created some truly legendary singles that have become instant classics in their respective genres, including neurofunk numbers like “Uplift” and “Step One,” as well as several godlike dubstep ditties such as “Skyward II,” the 8-bit banger “Boss Wave,” and perhaps most memorably “Choose Me II,” which managed to reach #1 on Beatport’s dubstep chart and stay within the top 5 for the following 3 months.

His tracks are recognizable for their emotive chords and melodies, heavy, throbbing kicks and snares, and masterful production quality. There always seems to be a strong focus on building energy and moving listeners, both in their hearts and minds as well as their dancing feet, invoking a strong visceral response in audiences. And really, even if his music isn’t your thing, the dedication and genuine love for music that he puts into its creation is universally palpable.

Up until this point Xilent had been adhering to the format that many producers/DJs stick to, by releasing only singles and EPs as opposed to full-length albums. And while this format is completely understandable, I always wondered if he would one day go the way of an act like Noisia, and release a full-length album that would showcase every aspect of his talent. Noisia did an excellent job of that with their classic record Split The Atom from 2010, and I’m pleased to say that Xilent has surely done the same with We Are Virtual.

This album has everything fans of Xilent could want: it is pulsating, teeming, practically overflowing with emotive energy, the chord progressions and melodies are powerful and invigorating, and the beats and styles shift and transition into one another seamlessly to create a lush and colorful sonic journey.

There are several songs here that blur the lines dividing styles of electronic music. There are some tracks that begin with a trance-type beat and then switch into electro or breakbeat, or start out dubstep and transition into a 4-to-the-floor rhythm, creating a variety that keeps you wondering what will happen next. Xilent manages to pull this off because the synth sounds he uses are applicable to any of these styles, so the drums are tweaked in different ways but his signature vibrant, sidechained pads and chords remain more or less the same.

One of the things I noticed right away is just how much drumnbass there isn’t on this record. As an avid drumnbass fan (particularly neurofunk) I’ve admired Xilent for his unique and mesmerizing contributions to this style, but to my surprise, there are only 2 drumnbass songs in the tracklist. One is “Animation,” which he released as a single earlier this year, and “Vital,” which is one of my favorites on here. However, the lack of drumnbass didn’t make me dislike this album at all. The tracks that are here are very solid regardless of genre.

What there is a lot of is dubstep, and these tracks constitute some of the best songs on this record. Although “Infinity” is from 2013, it fits in perfectly with the rest of the tracks, but some of the other dubstep tunes like “Is There Time” and “To The Future” seem to have a bit more edge. Another single he released earlier this year is “The Place,” which is a beautiful piece of music, although the vocal part is a bit too radio-friendly for me.

Speaking of vocal parts, there are several songs that feature them, which I wasn’t expecting. Several of them mirror the mainstream appeal of “The Place,” meaning they get too poppy for my taste but still constitute some great compositions regardless. Xilent was clearly aiming to appeal to a wide range of music fans and achieve even more popularity than he already has. And there’s nothing wrong with that. Although some of the vocals aren’t my cup of tea, they certainly do achieve that pop charm that’s certain to gain him all new waves of fans, and that’s what really counts.

The only area that left me a bit disappointed was that Xilent doesn’t seem to want to expand past the sound that he’s developed over the years. It’s a gorgeous style, and it certainly has mass appeal, as has been proven through the popularity of his music, but I’ve often wondered if he would ever attempt to progress a bit more, do something outside of his comfort zone. Unfortunately that exploration isn’t present on this album; rather, it seems like a recapping of everything he’s learned thus far, a benchmark of the musical abilities he’s honed.

We Are Virtual is a very solid album, both for Xilent and for electronic dance music in general. He’s not pushing the envelope much, but then again, he’s not a Warp Records type of guy anyway. These tracks aren’t meant to innovate, they’re meant to turn a basic club night, rave or party into an epic and unforgettable event. And it’s clear that these songs can achieve just that.

Xilent has officially leveled up. It’s apparent that he put a lot of hard work into this album, and I’d say it’s pretty much guaranteed to garner praise all around. I expect I’ll have it on heavy rotation for quite awhile.