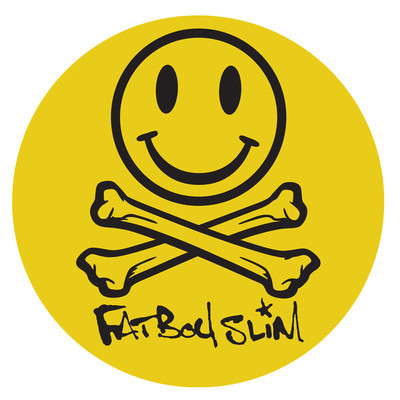 Let’s talk honestly for a moment, just you and me. How much music do you actually pay to listen to these days? Notwithstanding blatantly illegal methods like file-sharing, or gray area methods like unofficial YouTube uploads, a person can listen to days worth of music without dropping a cent.

This trend is even more awesome for us. Electronic music fans undoubtedly get the best deal when it comes to free music, compared to other genres. Both amateur and professional Producers put their work on public display on a regular basis. This article goes over two artists in particular who have done a big favor to anyone with an Internet connection and a good pair of headphones.

FATBOY SLIM
With so much new electronic music being released on a regular basis, it’s easy to forget some of the older stuff that made us fall in love with the style in the first place. Thankfully for us nostalgic people, House music legend Fatboy Slim has practically his entire library of work hidden in the deep recesses of Soundcloud.

There’s a massive amount of music on this page. Some of it dates all the back to 1996. It’s got just about everything you’d want to listen to from Fatboy Slim.

The page has 143 tracks at the time of this writing, clocking in at over 13 hours of music. It’s chock full of original tracks, remixes, and a couple of mash-ups. The shortest track is Fatboy Slim Vs. Moguai – Ya Mama at 1 minute 42 seconds, and the longest track is Song For Shelter, off of the album Halfway Between The Gutter And The Stars.

Speaking of which, Fatboy Slim’s four full-length albums from 1996 to 2004 are all here. You can stream Better Living Through Chemistry, You’ve Come A Long Way, Baby, Halfway Between The Gutter And The Stars and Palookaville completely free and completely legal. These albums will provide you with approximately 4 hours of Fatboy.

It also contains two nice sized sets of remixes. These sets, Best of the Bootlegs and The Greatest Hits Remixed have about 3.5 hours of music. If these remix sets are put together with the 4 hours of albums, it’s more than enough to DJ your next get-together with one page. Provided, of course, your guests are either extreme fans of Fatboy Slim or are kept extremely inebriated.

NOISIA
Of course, that might be too old-school for some. Those looking for something more modern can try going over to other side of the Cloud of Sound, and check out Noisia’s profile page. Whether you’re a longtime Noisia fan, or this is the first time you’ve ever heard the name, there’s much to be ingested through the ears here.

Noisia has a much more varied presence on Soundcloud compared to Fatboy Slim. Besides Noisia’s “regular” material, you’ll find their contributions to video game soundtracks, tracks from other artists pulled from their Vision label, and a heavenly host of remixes done by Noisia and other modern Electronic artists.

Overall, Noisia’s page has about 12 hours of material, spread over 141 tracks at the time this was written. The longest track is NickBee & Sunchase Invisible Mix, which plays continuously for 58 minutes and 27 seconds. The shortest, which isn’t even 30 seconds long, is titled Virility Advert (Diegetic) off the recently posted Devil May Cry Noisia Soundtrack.

Because of their wide variety, Noisia can be better or worse for continuous play, depending on your point of view. Artists like Kill The Noise, 16bit and the Upbeats are showcased remixing Noisia tracks, and Noisia displays its own remixes ranging from The Prodigy to Katy Perry. This kind of variety balanced with continuity could make for great effortless DJing, if it wasn’t offset by slow, droning video game soundtrack clips. It’s a minor setback, and the kind of person who’s willing to listen to 5 straight hours of Dubstep and Drum & Bass probably won’t mind.