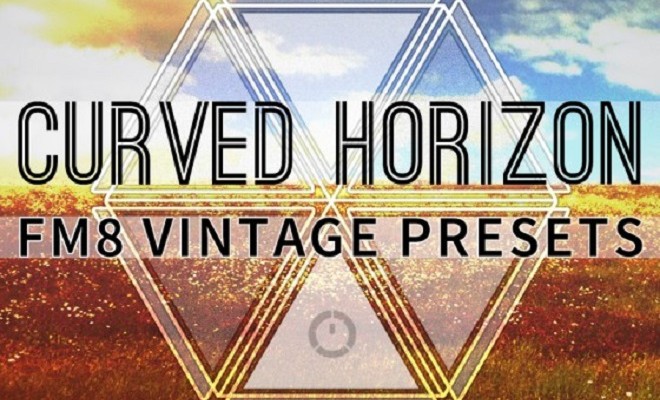 Mode Audio has released a gritty and energetic collection of presets for Native Instruments’ FM8 VST softsynth, 50 textures that cover bass, chords, leads, pads, and straight synth sounds. They’ve labeled them as “Vintage Presets”, and while this may mean that these presets are meant to emulate the sounds of old synthesizers, most of these blaring, distorted wails fit right in with many popular modern electronic styles such as electro, dirty house, drumnbass, dubstep and breakbeat.

For the producer that’s looking for a selection of harsh and noisy sounds for their FM8, this is a stellar choice.

The bass presets are thick and rumbling; some are lower on the spectrum, like “CrushedVelvet” and “Horsepower”, while others are grainy walls of pure force, like “BlackReflects”, “Ditch” and “Concusser”. These sounds have the potential to help make some neck-snapping basslines that’ll make any sound system shiver.

The chord and lead categories have some good sounds too: “Above” is a crisp and piercing chord synth that digs deep into the mid-to-high range, and “Avala” is a grating screech that could make any beat sound aggressive and heavily danceable. “Streamer” is a versatile lead, a warbling, wobbling texture lathered in some dazzling effects that create a psychedelic vibe.

My favorite sounds are in the pluck section, “Orion” and “Photon”. These are very interesting, original textures that could fit perfectly in many different genres, and have a specific personality to them that would give any producer plenty of ideas as to how they could be used. “Orion” is especially cool; I love the fluttering, arpeggiated sounds that seem to float up into the clouds and splinter into tiny fragments that dissipate.

Unfortunately, where this pack seems to shine is also where it seems to lose a bit of its luster; while the presets sound great and are definitely useful, it seems like several of them are somewhat interchangeable.

I do like a lot of what I’m hearing, and there’s no doubt that many of these could be useful to any producer, but I would have liked to hear a bit more variety in some of the categories.

The pad sounds are all pretty similar, for example, and few of them really feel like pads to me – most of them are too distorted and/or abrasive to be used as pads, in most mixes.  But there are some great ones too, like “Altitude”, “Sweets” and “Synapse”.

Also with the synth presets: while I’m certain that producers out there will find great uses for these sounds, a lot of them feel somewhat generic, like the last three, for example. But there are other ones – “Densities”, “Hide”, “Moth” and “Rodent” – that are fantastic, unique and inspiring.

Overall I think this is a good group of presets, although the ones that stood out to me were the minority in the collection. Of course, one of the great things about them is that they’re presets for FM8, meaning you can tweak them to your liking in any way you deem worthy. Curved Horizon can help you roam some heavier, nastier territory that will make your beats snarl and blare like angered predators, and those are the types of sounds the folks on the dancefloor love.