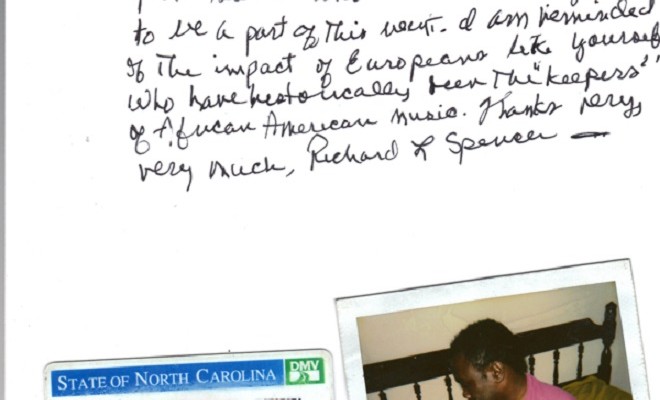 Owner of the Amen Break Finally Receives Some Compensation

The Amen break barely needs an introduction. Surely the most famous breakbeat of all time, it has been instrumental in the creation of countless tracks across a wide range of genres. It is so fundamental to the DNA of Jungle and Drum & Bass that it is very probable that these entire genres wouldn’t exist in their current forms were it not for this beat. If you do need to catch up on your Amen history, take a look at the video below, which outlines its importance.

Almost as famous as the beat itself is the story of how its creators never received a penny from the use of the break as a sample. The original beat comes from a track called ‘Amen Brother’ – the b-side to a single by The Winstons called ‘Color Him Father’. This is all about to change however, as Martyn Webster, a British DJ has set up a GoFundMe page to raise funds for Richard L. Spencer, the vocalist and sax player from The Winstons who wrote the original arrangement of the track. Sadly, Gregory Coleman, the drummer who played the beat, passed away in 2006, but it seems that his surviving heirs may now receive something from this project too.

What is really heart-warming about this story is that this is not an attempt to reclaim lost royalties by Spencer – he gave up on that long ago. This is an attempt by the dance music community to give something back to an artist who made something that they love. Webster has called for anyone who has “ever written or sold any music with the Amen break, or even just enjoyed one of the countless hundreds and hundreds of tunes that contain it over various genres and styles of music”, to dig deep and make a donation.

At the time of writing, the GoFundMe page has been up for a month and already over $27,000 dollars has been raised, showing what a depth of feeling there is for this small slice of music within the community. If you want to make a donation yourself, large or small, then follow this link.

This drive to support Spencer has lead to other people involving themselves in the campaign too. In a nice gesture, Loopmasters put their ‘Essential Drum & Bass’ sample pack on sale and donated all funds to the campaign.

Martyn Webster was inspired to start up this campaign after hearing a BBC 1Xtra documentary on the break, which you can listen to here. During the documentary, the presenter, Kutski, tracked down Spencer and conducted a short interview with him. In the interview he revealed that he is frustrated at the lack of financial recognition he has received from the people sampling his music. He made a plea for people to “do the right thing” and give a little something back. Martyn Webster heard him, and now thousands of people are doing just that.