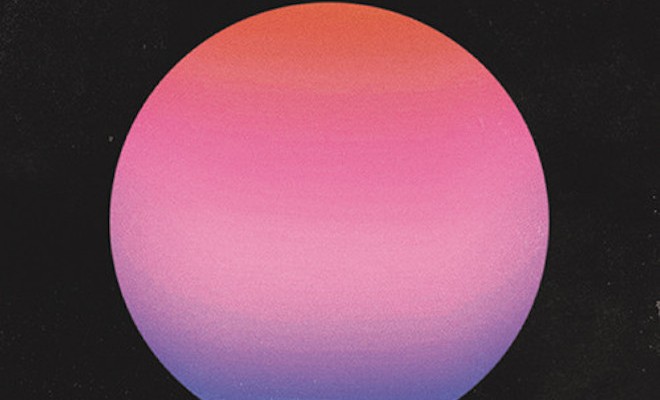 The description for Proportions reads: “With Planet Earth in a state of great chaos and turmoil, a force of extraordinary magnitude from across the multiverse has come to assist.” If starvation and war could be cured by sensual music, Exmag would be our savior. Even though this is not the case, this album needs to be heard.

Eric Mendelson, SuperNicer, Mike Iannatto, Gramatik and ILLUMNTR join together to form Exmag. The group has teased listeners with two very well received singles, and are finally showing off their first full album, titled Proportions. As one of the first albums to be released on Gramatik’s Lowtemp record label, it’s been heavily hyped by its members. It’s poised to establish the label in the minds of listeners, as well as bring attention to Exmag’s unique style of downtempo music, that they call Future Soul.

Proportions starts off as a modern tribute to Soul and R&B, blazes trails into unfamiliar territory, then goes out with a fitting crescendo. If Neo-Soul is your thing, you shouldn’t have much trouble accepting Future Soul as the next step. If, as a fan of downtempo EDM or Soul, you can listen to the first four songs without ever tapping your foot or nodding your head, consider getting psychological help. As the album goes on, it gets progressively more experimental. You’ll feel it start to shrug off its outside influences and shift closer to slow, but intense, EDM. Near the end it wraps itself up with a return to Future Soul, just to remind you what you’re there for. As a final encore it flows into a crushing EDM composition, billed as the anthem for the Lowtemp record label.

It’s this compulsion to experiment without abandoning listeners in obscurity that gives this album a steady pace, without feeling repetitive. It covers a lot of ground, while rarely deviating from its primary tool set. Every song has a hypnotic bass part, that hooks you either with repetition or constant changes, depending on the track. The guitar leads are pleasantly retro, and they successfully carry the “funk” concept with them without bludgeoning you over the head with it. The synths, if you’ll pardon some archaic terminology, can only be described as “far out”. All these pieces are tied together by a beat that always does its job, leading each track along its intended path from start to finish.

The production is brilliant. Most of the “Future” in this album comes from the modern mixing techniques, that bring old-school Soul into the here and now. Bass lines float between percussive hits effortlessly. The synth and guitar parts, despite holding very similar pitch ranges, compliment and play nice with each other, and never interfere. The drums pop, but only punch when it’s called for. Appropriately, the mix drives harder than conventional Soul or R&B, but doesn’t drive so hard that it alienates the “Soul” in “Future Soul”.

The only glaring shortcoming on Proportions is in its vocal performances. The lyrics don’t accomplish much, seeming more obligatory than essential to the package as a whole. Not that anyone should expect anything profound from what’s technically a dance album, but the lyrics don’t contribute anything to the dance aspect, either. Also, the vocals are often buried in the mix, which is an odd artistic decision considering how clearly every other part is displayed. This won’t deter most listeners, though. The beat is what matters, and while the vocals may not add anything to the experience, they don’t take anything away, either.

Lyrics aside, some may find the heavily experimental pieces to be too jarring placed next to relaxed Soul music. Others might find the album as a whole is too relaxed to motivate them.  For everyone else, it’s a delightful blend of old and new influences. More than half of the songs are perfect for the dance floor when blasted over a good system. Outside of the club, if you’re a fan of downtempo EDM, or someone looking for a new spin on Neo-Soul, these songs will make for a fantastic soundtrack to your home or commute.

The full album is a beastly 18 tracks, and runs for over an hour. Only a marginal number of tracks run longer than 5 minutes. Most are fairly concise, and don’t try to be longer than they should be. With Proportions, Exmag has successfully established itself and the Lowtemp label as names to look out for. As of this writing, this album is only available for streaming on Soundcloud, and an official release date has not been announced.

Stream the album on Soundcloud here.

Interview with Sonuba (With links to free album)