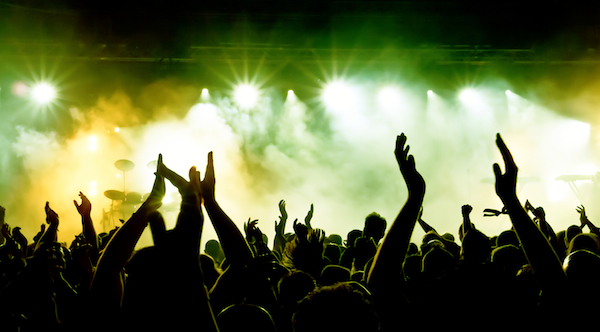 Know How To Make An Entrance

The single most important section of a Dubstep style track sounds straightforward: Increase the intensity over the course of 16 beats, abruptly drop the levels, then bombard the listener with sub-bass and modulated synths. Repeat until rich and famous. And yet, it’s never as easy as it sounds. Sometimes, the problem isn’t in the attack, it’s in the preparation.

Making the drop sound intense and full is only half of the equation. First impressions are everything, and a weak (or just misleading) introduction can cheapen an otherwise decent bass assault. Nobody becomes an expert in dynamics from one article, but a few guidelines will point you towards improving your build-ups, and in turn improving your drops.

60 SECOND RULE, PICK IT UP.
When composing an EDM track centered around a build-up and a drop, it’s easy to get a little too focused on a drawn-out introduction. The tendency gets stronger when composing Progressive House or other genres characterized by a patient, systematic layering of elements. You can follow a simple guideline, based on popular mixes, that gives each section adequate time to serve its purpose. This guideline is written assuming that you’re producing a track with a typical structure of intro/hook/build-up leading into a drop.

If you’ve got an opening sound, such as a motif-setting sample or melody, be careful to not repeat it too many times before moving on to the hook or build-up. Let the intro make its point and leave, taking 10-15 seconds at most before transitioning to the next section. A similar guideline applies to the opening as a whole: Give yourself a maximum time limit of about 1 minute in the track’s overall running time before executing your bass drop.

If that seems restrictive, do some browsing on Soundcloud, keeping a close eye on the time counter. You’ll find that countless popular EDM tracks don’t even wait that long. Less patient mixes drop at the 30-40 second mark. In any case, the 60 second rule isn’t a law. Exceptional producers learn to keep the audience’s attention for as long as 2 minutes before dropping, but this is difficult and requires a lot of experience.

THE PUMPED UP KICKS
The heaviest, filthiest, most brutal drop is worthless without contrast. Psychoacoustics teaches us that loudness isn’t just about what you’re hearing now, it’s about what you hear before and after. If your heavy sections feel flat, and you can’t give them more power, pull back your build-up. The simplest way to ensure the drop isn’t out-shined is through manipulating the low end instruments.

The most obvious solution would be to simply not use bass or heavy kicks in your introductory sections, which at times does the job. Other times, it’s a counter productive step, and you find you’re trading out one mixing flaw for another. An extended piece of the song without these elements can sound too weak, so more creative solutions should be utilized. You can use a filter or equalization to attenuate (or eliminate) the low-end frequencies of your kick and bass instruments for the first sections. This saves the “boomy” sound for the drop, without excluding these instruments from your build-up.

HE SEES YOU WHEN YOU’RE SWEEPING
The white noise sweep has been around since the 1970s. It was first used to simulate real-world sounds, like an airplane screaming by. The technique got picked up by EDM producers early on, and hasn’t fallen out of style. These days it isn’t mixed as the centerpiece of the drop, so most listeners of today’s Electronic tunes never consciously perceive it. Its many variations are an essential piece behind the scenes; not the face of a build-up, but the backbone.

The best part is that a basic white noise sweep is very simple to create. To create the noise, use an appropriate VST plugin, white noise generator, or import a sample of white noise into your build-up section. To apply the sweep, use either an LFO filter or EQ automation to sweep the emphasis from low to high frequencies. This is done most commonly at a rate of one upward sweep  every 1 to 4 measures. By itself, the sweep does nothing. When carefully layered behind percussion and synths rising in intensity, it ties the section together, and adds an understated touch of quality.

A well-produced heavy section without an effective introduction is like a bullet without a gun, and mastery of the build-up is just as important as the drop. If you aren’t typically a Dubstep producer, keep in mind that the same skills apply to other forms of music. By practicing these methods, your honing your ability to make any piece more dynamic and psychologically gripping.

–Split the Panning, Expand the Sound

–Peel Back the Layers