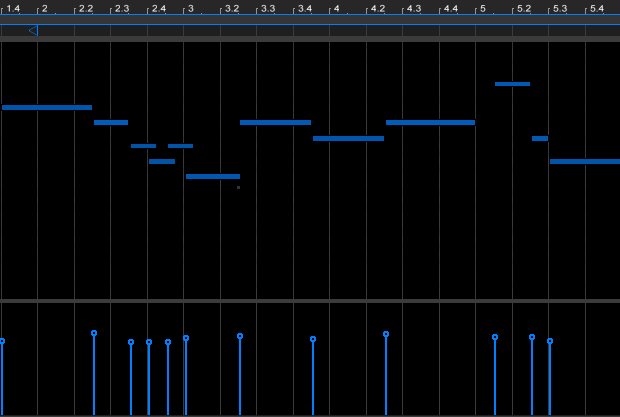 An EDM bassline is usually fairly simple, compositionally speaking, but it’s one of the most important elements of your track. A great bass riff can make the difference between a standout production and one that falls flat. If you want to try some different techniques for composing basslines in a DAW, check out these five tips for writing strong, funky basslines for your EDM track.

Write Around the Beat

When you change from one note to the next, put the transition point between the two notes either 1/8th-note ahead of or 1/8th-note behind the beat. For example, if the first three notes of your bassline are C1-D#1-G0, start the C on the first beat, then change to the D# on 1.4.3 before dropping down to the G on 2.1.3. Writing around the beat like this gives your basslines a much funkier, swinging feel than changing on the beat does.

Start on the Root

Playing along with the lead or pad synth helps your bassline to harmonize with the rest of the track. So, for example, if your synth is playing a four-bar Cmin – G# – Fmin – Gmaj chord progression, you’d start the first bar of the bassline with C, the second with G#, and so on. You can, of course, always move into non-root notes after the first beat, and use any octave that falls within the bassline’s range for the initial note.

Look outside of your usual genre(s) for inspiration for writing basslines. Immersing yourself in and absorbing basslines from non-EDM music, rather than copying other electronic music producers, will help you create unique, stand-out bass riffs. Dub reggae is legendary for its heavy basslines (Baroque Dub has a fantastic collection of dub MIDI clips that you can drop right into your DAW to analyze); funk and soul tracks (especially Motown and Stax/Volt records) are also a fantastic source of inspiration for writing infectious bass grooves.

Using the glide function on your bass synth can breath life into a static-sounding bass pattern. When glide is enabled, the synth will slide the pitch from one note to the next instead of transitioning abruptly between them. Medium-to-short glide times usually work best for basslines. If your synth has a “legato glide” function, you can use it to provide more control over the gliding: when enabled, the synth will only glide between notes that actually overlap, not between adjacent notes. You can often get a cool effect by including zero-velocity notes in your bass pattern: although they don’t produce any actual sound, the synth will take them into account for gliding purposes, allowing you to hear the second part of the glide without hearing the first.

While the bass usually has a narrower volume variation than other instruments, some subtle MIDI velocity programming will make your bassline sound more dynamic and interesting. If you’re working with a typical one-repeated- note off-beat trance bassline, for example, set the notes’ velocities to strong-weak-medium-weak to get a more flowing, pumping feeling in the bass. You can also map the MIDI velocity to change other parameters in your synth — like the filter resonance — at the same time.