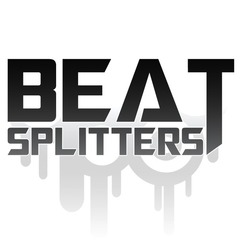 Tim Nilsson, aka Beat Splitters/Beatsplitters, is an Electronic and Dubstep producer from Sweden, who started out making soundtracks for independent games, films, and commercials. He’s had Dubstep remixes released on Wonked Records and Dirty Korner Recordings, and is releasing his first personal EP this month through Dirty Korner. We chat a bit with Tim about the EP, titled Movement.

What can you tell us about the Movement EP?
Tim – The basic idea behind this EP was that I wanted a track representing each stage as I have evolved during the time span between the tracks. Movements is basically, well, moving forward, evolving, and enjoying what I do. Oh, and there is a little something extra that comes with the EP, so I seriously hope people will find it interesting.

What kind of gear did you use to record the tracks on Movement?
Tim – As for software, I am using Fruity loops XXL producer edition. It comes with a few extra VST’s so the extra money was well spent. I use several different VST instruments for my bass lines, and some samples, of course. I dislike using loops, since it feels like you don’t get much in your own sound by using pre-built things. I am running a Creative Soundblaster Xi-Fi soundcard, and I use the Creative ASIO as an audio setting. My computer is not a very good one, “computer-wise”, but it works for what it’s intended for. I’m using a Blue Yeti USB microphone for voice recording. I would recommend getting one, the audio quality is superb!

What VST effects and plugins do you notice you use the most?
Tim – So far it has been Massive, definitely. It’s world-class for building a heavy nice bass line. I’m looking around for more, but I’ll probably never get software like Razor or similar VST’s that use pre-built bass lines and loops. As for plug-ins, it’s been Soundgoodizer, Maximus, Fruity Parametric EQ 2, and Gross Beat. They work wonders on tracks if you want to add that little something.

I hear that this EP was intended to be released last January. Can you explain what happened, and why there was such a long delay?
Tim – It was expected to be released in January, but due to difficulties with the mastering of my files, namely having too much bass, and the label/mastering agency being busy with other releases, the EP got delayed. I’m sad to say that one of the tracks had an awesome vocal in Chinese that I got from a personal contact named Sam, but that vocal was lost. My external hard drive with all the samples and vocals I gathered ended up breaking, and I lost it all. The original sound in 2nd Movement is still there, but the vocals are, sorry to say, gone.

Could you share some examples of an animated movies and video games that feature your work?
Tim – As for games, a good example would be a Half-Life modification called Naruto Naiteki Kensei. It is a free to download total conversion modification for Half-Life, an online fighting game based on the anime/manga franchise of Naruto. I made all the music for it, a total of 17 tracks. I made the music for an animation featured in a Chinese digital magazine called Day 7. I’m planning on doing more soundtracks in the future as well. I have been asked to make some for two upcoming games, but unfortunately I can’t say anything about them. It’s been a couple of games and albums over the years.

When is the Movement EP going to be released, and where can someone buy it?
Tim – The first official release will be at Beatport on the 10th of June. It will be available on other online stores starting the 24th of June.

Any other projects that you’d like people to know about?
Tim – Well, I’m not sure if it’s good manners to self-promote, but I might as well mention that I run a lot of live-streams. I also have a YouTube channel where I show projects I’ve done or that I’m working on, do announcements and have small tutorials by request. Other than that, I just hope I’ll be able to make more EP’s and try to get my name out there more. Keep an eye out for the games I will be doing the music for. I can’t really mention them, but I will be posting them on my website, ArtisticBeat, in the future.

You can listen to more of Beat Splitters on Soundcloud and YouTube, and his website ArtisticBeat will go live in the near future.
The Movement EP will be available on Beatport on June 10th.