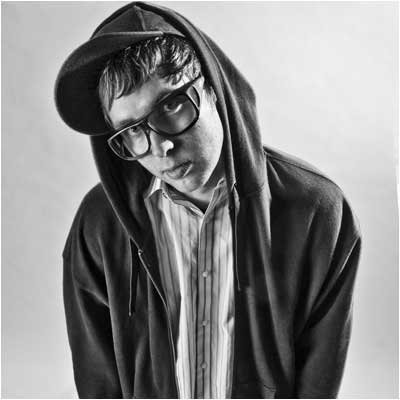 At this very moment, there’s a DJ/Producer who is giving out over 7 hours of music, completely free. Derek Vincent Smith, who goes by the DJ name of Pretty Lights, has a huge library of Electro/House music sitting up on his website. for anyone who wants it. There is the option to give a donation, and those who download are encouraged to subscribe to their newsletter, but there’s no rule that says you have to do either of those things.

You can take advantage of this at PrettyLightsMusic.com

Pretty Lights has been a force to be reckoned with for years. Ever since his first release, Taking Up Your Precious Time, Derek has given his music away for free, and he has shown no sign of ever stopping this practice. The library of material keeps getting larger. If you haven’t taken the time to get Pretty Lights on your iPod, there’s no time like the present.

So, what’s in this online collection? Right now, there are 3 full albums, 3 EPs, 1 modest collection of remixes, and a variety of singles. The releases go as early as his first album release as Pretty Lights from 2006, to his Pretty Lights vs. The End of The World mashup single from 2012. The EPs make up 20 tracks, in all, and play for 2 hours straight if played one after the other. The albums have 53 tracks altogether, and have a continuous play time of around 5 hours. I’m still in disbelief about how much music I acquired without paying a cent.

The style of music here is comfortably familiar, and just novel enough to keep you listening. Derek’s sound is a fairly consistent balance of old-school style sampling, and modern synthesized sounds and instruments. The samples come in a wide variety, and plenty of them can be recognized by music lovers. From The Cosby Show to Rihanna, the sounds come from all over.

The majority of songs here are written to be accessible. Save for a few rare exceptions, every track has a slow to moderate tempo, and engineered to be danced to by just about anyone. Most of it is kind of old-fashioned, and lacks the power and intensity of Dubstep or D&B, but that’s not necessarily a bad thing. The drops, if they even exist, are low-key, and respectful of the listener who just wants to groove, and not be assaulted by a variable bit-rate seizure.

If, by some miracle, you aren’t impressed by being handed this much ear candy by Derek V. Smith, PrettyLightsMusic.com also hosts Pretty Lights Music The Record Label, where you can, as you might guess, download music by other artists releasing their work under the Pretty Lights Music label. If you’re thinking that you can be a greedy little troll, and download all of this for free too, after you’ve already taken one man’s entire life’s work without paying for it, you’re correct.